Diving with Abyssal Sharks and other deep sea creatures

Dive into a strange world of ghost sharks, lanternsharks, deepwater catsharks, anglerfish, hagfish and deepwater jellies that have never seen the light of day. Sharks and other creatures of the deep ocean are rarely accessible to divers, but off the coast of Norway, deepwater animals inhabit shallow reefs that put them within our reach. This is your chance to touch the abyss, just 20-30m under the surface.

Norway’s beautiful fiords plunge dramatically into the depths of the ocean just beyond the shoreline. Some are blanketed in a dense layer of tannins and plankton so the water below remains in perpetual darkness. The deepwater and darkness allow creatures that would otherwise be confined to the extreme deep, to migrate much closer to the surface; into shallow enough water for divers to encounter them without exceeding recreational scuba limits.

Scuba diving with the deepwater sharks of Norway 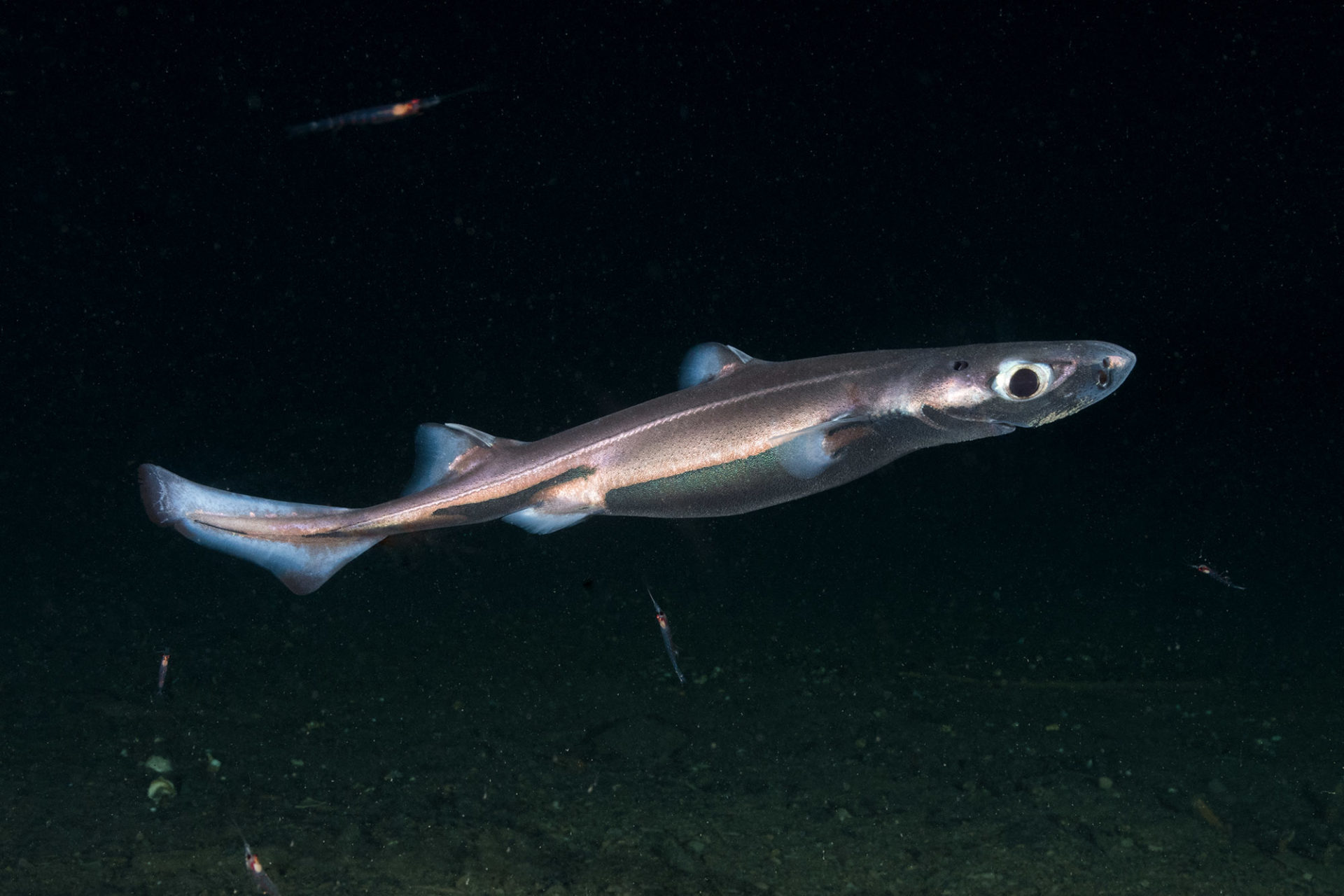 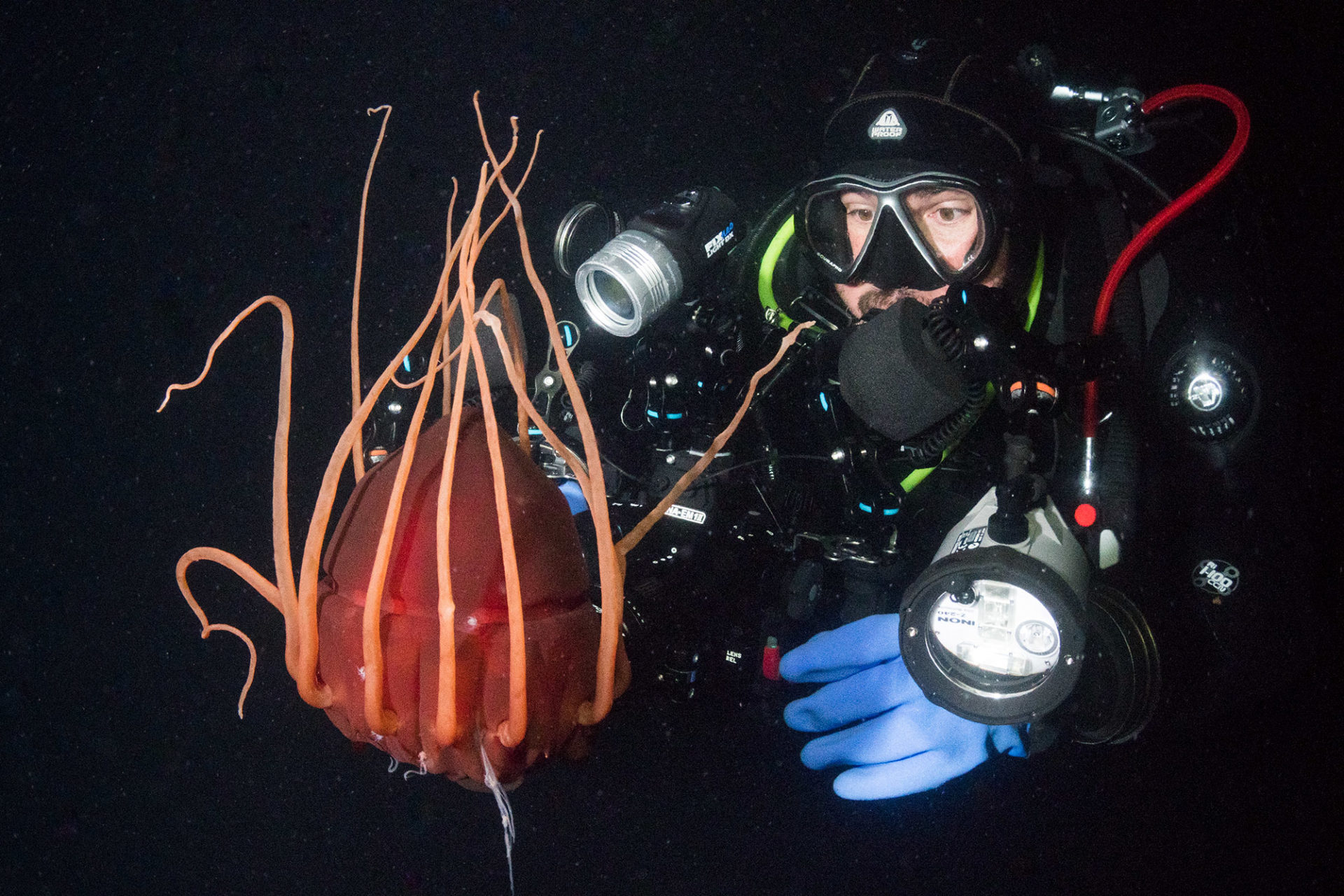 Velvet belly lanternsharks are deepwater sharks named for the glowing photophores that light up their under-parts, rendering them invisible when viewed from below. Velvet bellies are impossible to see anywhere else, but in Norway they form schools that hunt in relatively shallow water. This is your chance to dive with a true shark of the abyss.

Exquisitely patterned, blackmouth catsharks are present throughout the Northeast Atlantic and Mediterranean Sea but like their velvet belly cousins, they are seldom encountered. In the med, blackmouths inhabit reefs down to 1000m, but in this part of Norway they are common at 20-30m. Although they are fast swimmers, they often sit on the reef allowing divers to inspect them closely; a great deep-shark photo opportunity! 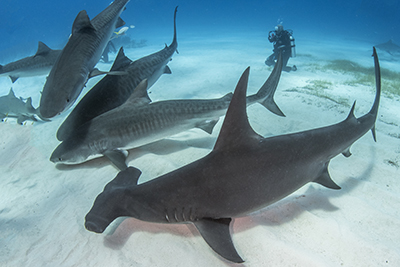 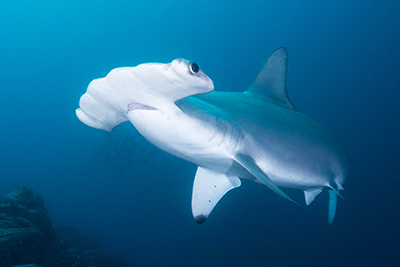 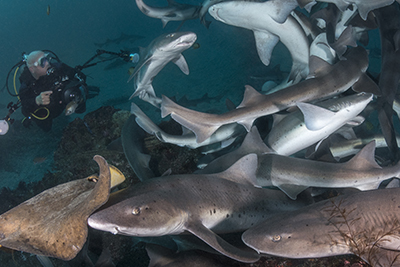