Snorkel with the giant salamanders of Japan!

Imagine this unique encounter. You don your wetsuit and step into the river. It is not deep – maybe 1.5m at its deepest. Wading over to a craggy rock outcrop you quickly slip into the lea to avoid the current that is trying to drag you down river.

Ducking your head underwater you scan the area for overhangs that may harbor your quarry. Peering into the shadows, you see nothing but small fishes and flattened river rocks piled together. Disappointment starts to rise but then one of the rocks moves slightly and it dawns on you that the flattened rock you have been ignoring is the dinner plate sized head of a giant salamander!

The rock monster stirs. It clambers over the other rocks that you now realize are all actually heads with tiny eyes. Then it beats its tail sideways and snakes casually past you towards the river bank. You give chase. Once in shallow enough water, it lets out a stream of bubbles from its nostrils then raises its head to take a much needed breath. You swim with it up into the shallows with your camera and frame an epic shot of it moving between the aquatic and terrestrial worlds. Now that’s a shot your dive buddies don’t have!

Japan’s giant salamander is the world’s second largest amphibian, topped only by the slightly longer Chinese giant salamander. Reaching a whopping 1.5m in length, these gentle giants have no natural enemies other than man. It is estimated that they live upwards of 80 years in the wild.

Giant salamanders have no gills. They rise periodically to the surface to breath but like other amphibians, they can absorb some oxygen through their skin. Consequently, they are confined to shallow, cool, well oxygenated streams in the mountains.

They hunt for small fishes; mostly at night. Their eyesight is very poor, but – just like sharks – they have a lateral line system of sensory pores in front of their mouths and running down their flanks. When a fish strays too close to the business end of these generally lethargic animals, they are capable of lightening fast lunges.

Be warned, every year, one or two unfortunate swimmers end up seeking medical attention after accidentally putting their fingers or toes in the ‘strike zone’. And although they look relatively harmless, giant salamanders have sharp teeth and are capable of clamping down on a finger and then spinning like a crocodile! 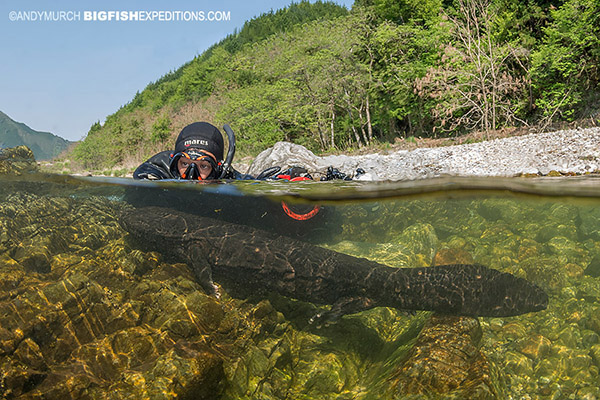 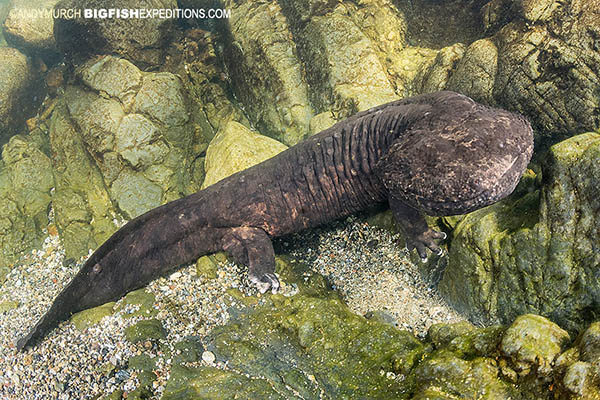 From tiny gobies to eels and large salmon-like fishes, the clear mountain streams of Gifu are full of colorful freshwater fishes. These fishes are an important part of the giant salamanders diet.

IMMERSE YOURSELF IN A TRULY JAPANESE EXPERIENCE

During this mini-expedition, you will have the chance to explore the beautiful countryside around Gifu. In the evening we will arrive at a traditional Japanese hotel to enjoy a delicious feast that will likely seem as delightfully unusual as the animals you are here to see. 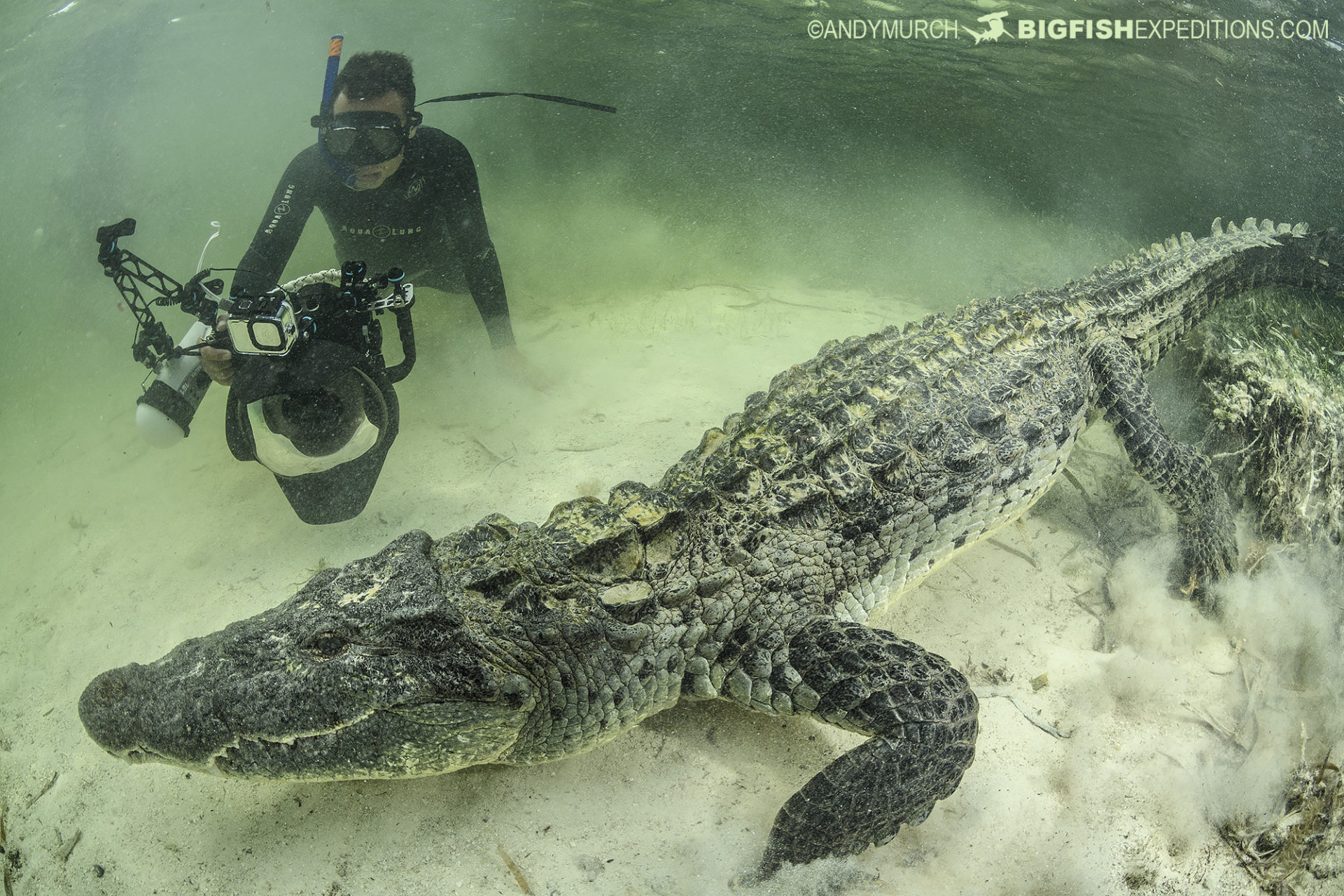