Dive with the endemic sharks and rays of Japan

Honshu Island sits at the confluence of the Okhotsk Current which pushes cold water southward from Russia and the Tsushima Current which carries warm clear water northward from the Philippines. Where these currents collide, animals of all shapes and sizes can be found. In this extremely special spot, there are lush reefs of soft corals populated by countless sharks and rays. 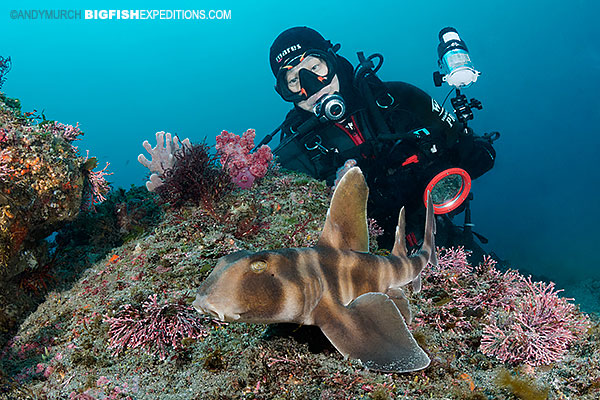 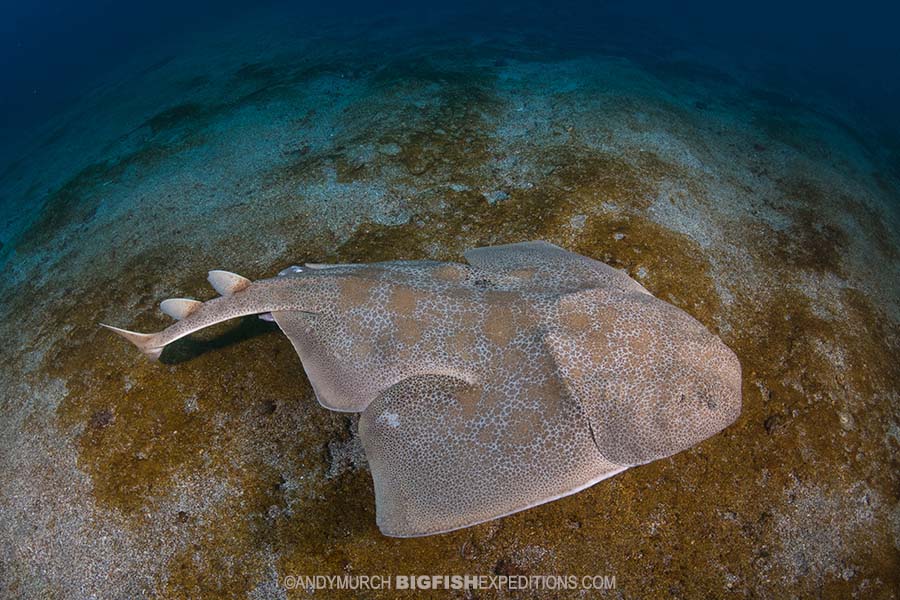 The most common shark species that you will see are banded houndsharks; a generally shy species that – over a period of years – have become used to human contact. When we conduct the shark feed, you can expect to see literally hundreds of Banded houndsharks in one small area. This is a dive not to be missed!

Another common shark on the reefs around Chiba is the Japanese horn shark. With a good guide and some observant hunting, his beautiful species can often be found hiding under ledges or sitting motionless in plain sight. This one is definitely not shy! Its super easy to close to this shark as sits patiently hoping to blend into its environment.

More difficult to find than its horned cousin, the blotchy or Japanese swell shark is another slow moving species that likes to wedge itself under overhangs and inflate its belly with water so that it can’t be dislodged.

This unusual little ray species lives on the sand in close proximity to reefs where it has a steady supply of prey species. Finding these pint sized predators can be a challenge because – with a flick of their pectoral fins – they can disappear under a fine layer of sand. Watch out where you are kneeling, this ray packed a serious electric punch even when under the sand.

At Mikomoto we will focus on Japanese wobbegong sharks; a northern relative to the more common wobbegongs that are found around Australia. They are a migratory species that is easy to see during the winter months.

The Izu Peninsula is home to many Japanese angelsharks; another species that is only abundant in the winter. At Mikomoto we also have a chance to see cloudy angelsharks – a species that is seldom photographed at other dive sites in Japan.

Perhaps even more abundant than the banded houndsharks, you will probably be bombarded by scores of red stingrays during the shark feeds in Chiba. Armed with sharp tail spines, these rays show up in droves hoping to sneak a scrap or two. Fortunately, they never use their barbs on divers unless you accidentally land on one!

If endless sharks sounds a little monotonous, its a quick kick into the lush soft coral reefs where a myriad exotic fish await! The diversity of species around Honshu Island is world class. From huge bristlechin fish to intricately patterned morays and rockfishes, there is enough life on these reefs to keep even the most jaded diver happy. 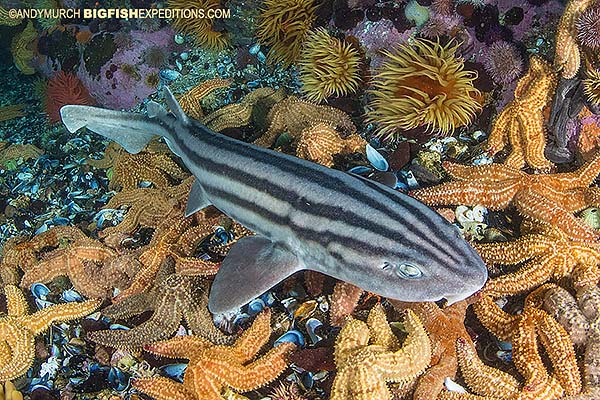 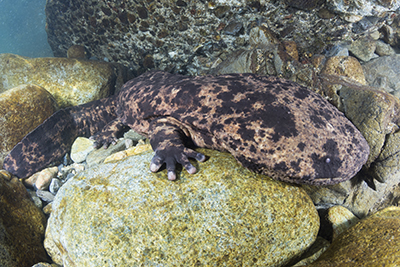