I’m going to do my best to talk a while about our sailfish encounters but in my mind, the first three days of this year’s sailfish expedition were a lead up to the amazing and unexpected event that occurred on our fourth day at sea…

The expedition started rather slowly. On day one, we saw many circling frigate birds. Frigates and pelicans are the best indicators of bait ball and sailfish activity.

We motored from one group of birds to another only to find that they were all chasing pods of bottlenose dolphins hunting flying fish. It was an impressive sight but dolphins were not our goal!

On day two I managed to jump in with a small bait ball and took a couple of snapshots of hunting sailfish but by the end of the day we had little to show for our efforts.

As trip leader I was growing concerned that in my eagerness to dodge Mexico’s notorious winter storms, I had arrived a little late this year. Fortunately I had a great group of seasoned guests that were equally patient and enthusiastic.

At least the weather part of the gamble was paying off. Day three dawned calm and clear yet again and we motored out to sea to try our luck. After a quick run north towards the Gulf of Mexico, we saw a large flock of birds in the distance, swooping at the water and plucking fish from the top of a boiling bait ball. Slipping into the warm Caribbean water, we found ourselves surrounded by sailfish and spent the rest of the day happily photographing scores of jet-propelled predators as they decimated one bait ball after another. 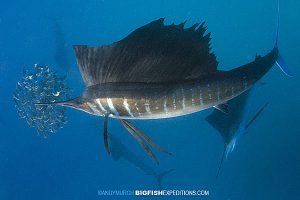 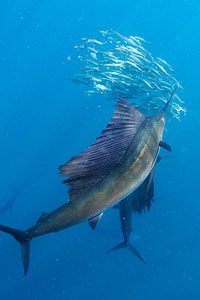 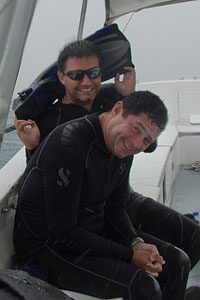 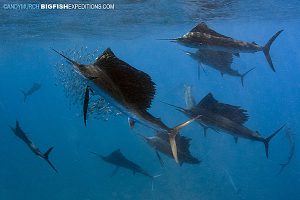 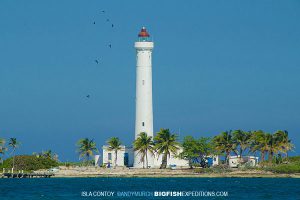 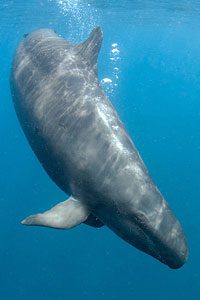 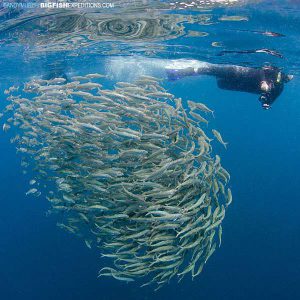 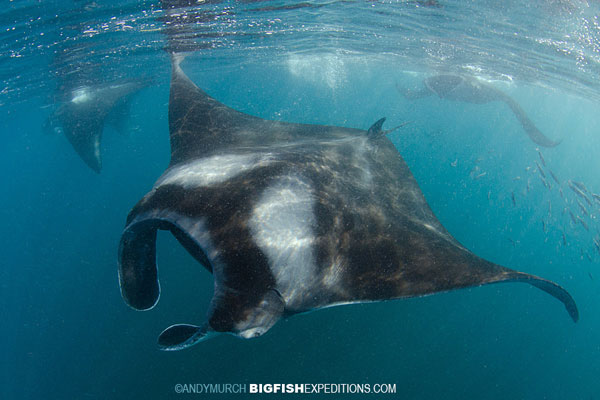 It was not easy to keep up with the sailfish as they pursued the panicked sardines. The photography was extremely challenging too because (perhaps in an effort to give their pursuers the slip) the sardines always seemed to swim into the sun.

By mid-afternoon we were all too exhausted to continue diving so the captain steered us into the lea of Isla Contoy and we slowly threaded our way back to Cancun.

And then came Day Four… In almost lake like conditions we headed north towards the area where we had encountered so many sailfish the day before. But as we passed Contoy Island we could see dorsal fins breaking the surface. The sea was alive with Caribbean Manta Rays (Manta c.f. birostris) so of course we dallied a while to take some pictures of these beautiful creatures.

That manta encounter would probably have been the icing on the cake for some of our guests but we continued north and stumbled upon more bird activity. This time some of the sailfish acted quite timidly; backing off from the sardines when we entered the water. This gave us a great opportunity to get really close to a swirling sardine tornado.

Swarms of distant birds here and there indicated that there were probably quite a few sailfish hunting in the area but word came over the radio that another boat had found a large pod of killer whales. Dubiously, we sped as fast as we could to the coordinates to find not orcas but an immense pod of false killer whales!

Expecting a fleeting encounter, we leapt into the water but the 3 to 5m long dolphins were as curious about us as we were about them.

For the next two hours or more, the false orcas tolerated our clumsy approaches. Occasionally one or two would swim just below us or rocket by nerve-wrackingly close on the surface.

As if meant to be, we found ourselves in the best visibility since the trip started and I did my best to photograph as many angles of these beautiful animals as I could.

In retrospect, this was one of the most memorable cetacean encounters of my career. I very much hope that we see them again next year and we may because they have a history of showing up around this time (if only briefly). 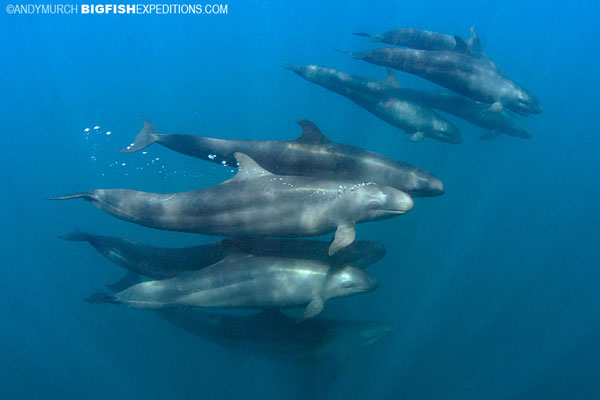 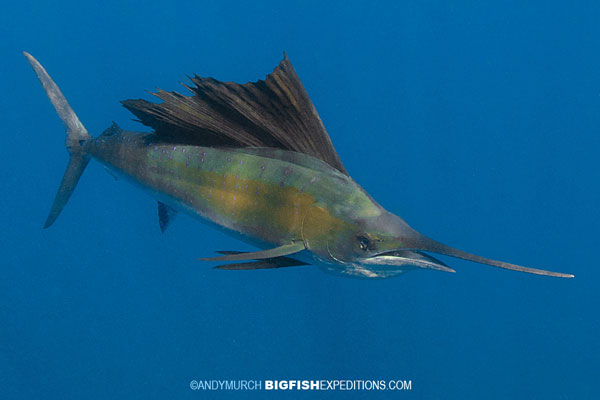 We were all a little dazed on the boat ride back to Cancun. As we passed Contoy, the wind and rain began in earnest. Huddled under the canopy of Solo Buceo’s chase boat, I snapped a few images of our intrepid group. The grins show how insignificant a rain storm is to a group of divers that have just dove with mantas, sailfish and false killer whales.

Join us next year for our 2015 Sailfish Expedition and see for yourself what this amazing body of water has to offer: Big Fish Expeditions Sailfish Adventure 2015