Our 2018 Japanese Shark Safari in a Nutshell 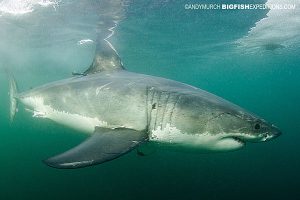 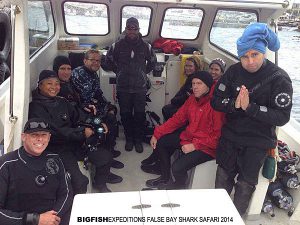 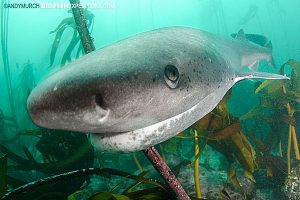 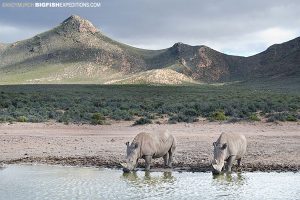 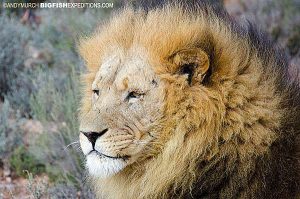 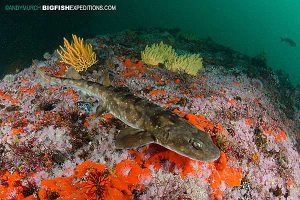 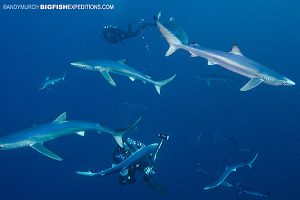 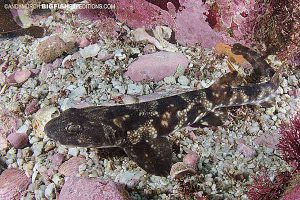 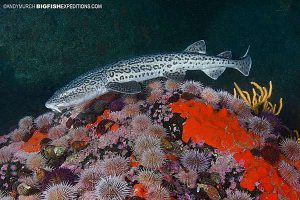 On this year’s False Bay Shark Safari we found every single shark we hoped to dive with and more! Some days were a little windier than we would have liked but we were still able to dive on all five days that we planned to and still had time for a game drive to shoot the big five!

For the first two days we dove on and around False Bays spectacular reefs. Seconds after decending we were immediately in the company of the resident broadnose sevengill sharks that congregate exclusively in one small bay in Simonstown. I think everyone was surprised how close they could get to the lumbering sevengills as they wove through the bamboo kelp.

Here and there swimming around the reef we also encountered countless catsharks. Among the line up were large striped pyjama catsharks, leopard catsharks, puffadder shysharks, dark shysharks and (I believe) Natal shysharks. 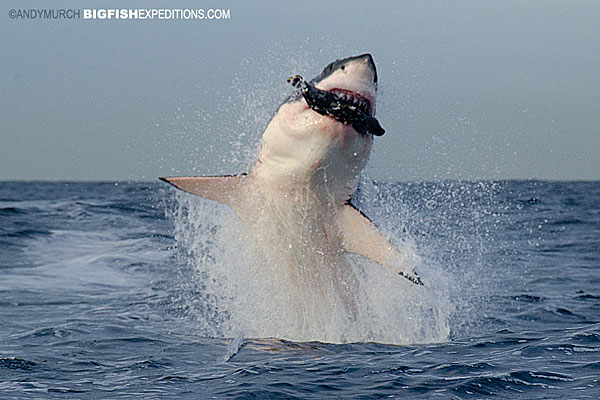 We were also lucky enough to get buzzed by a couple of illusive spotted gully sharks. It was a great couple of days of reef diving. The kelp covered reefs around False Bay are extremely colorful and also host some fascinating local species like South African hagfish and cuttlefish. The surge this year was a bit of a challenge but even on the dives with a lot of swell the sharks continued to cooperate.

Day three was too windy to dive so we drove inland to Aquila Game Reserve and spent the day chasing the big five. The highlight for me was when two adult white rhinos decided to charge our truck.

On the next two days we motored out to Seal Island where 70,000 Cape fur seals crowd onto a small rocky island surrounded by hungry white sharks. As soon as we arrived we threw a seal shaped decoy in the water and trained our cameras on it in the hope of catching a breach on film.

On the first day we got a few partial breaches and then dropped the cage over the side for some close underwater encounters with great white white sharks. The visibility was not great but we persevered.

On the second day at Seal Island the weather was much better. We towed the decoy for much longer in calmer seas and were rewarded with multiple hits including a spectacular full breach that we managed to catch on film. The cage action was also really good and the viz had improved dramatically. It was a great morning at the island.

Most of us decided to sneak in some extra reef diving in the afternoon so we went back to the kelp forest to play with the sevengills and catshark. But first, we did a dive at a much smaller seal colony where we were buzzed by rambunctious fur seals.

The winds completely dropped out on our last day in False Bay and that was just what we needed to head far offshore to chum for pelagics. Leaving the safety of the bay completely, we sailed out past the Cape of Good Hope and into the Southern Atlantic. 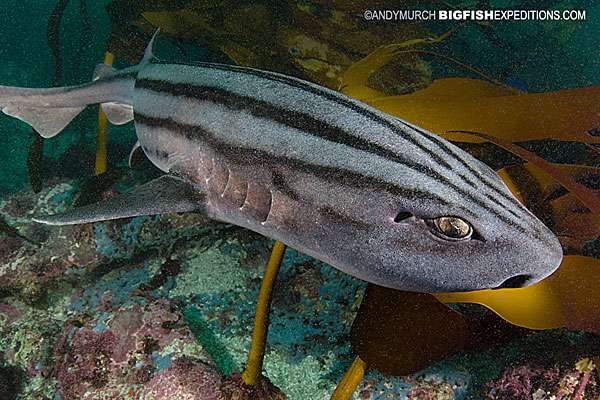 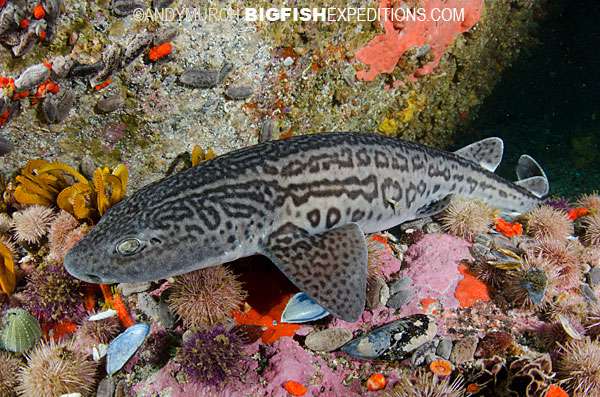 An hour later we were floating in clear blue water as the first mako found our chum slick. An hour after that, we slipped into the water with four mako sharks and upwards of 25 blue sharks in excellent visibilty. It was a great end to a shark filled week of South African diving.

You can’t ask for more than ten-out-of-ten shark species but during this trip we actually managed to do one better!

I brought along the Deep Cam and deployed it in the deepest water I could find in False Bay. Unfortunately the bay is only about 45m deep in most parts so no truly abyssal sharks showed up but we did attract plenty of shallow water species. Lots of the regular catsharks came in to take a bite at the bait and on one drop a large sevengill buzzed the camera for more than two hours.

But perhaps the coolest visitor was a tiny tiger catshark; a species that has only been photographed a few times and never before caught on video (as far as I know).