Our 2017 Japanese Shark Safari in a Nutshell

I think it is safe to say that our Japanese Shark Diving Expedition exceeded everyone’s expectations. In Chiba we had hundreds of sharks on every dive. At Mikomoto Island we saw schoolong hammerheads and found the elusive Japanese wobbegong shark. Ten species of (mostly endemic) sharks and rays in one awesome week of shark diving!

Our group met up in Tokyo and we drove south into Chiba Prefecture. Arriving early, we decided to kill some time before checking into our resort by visiting a very Japanese castle up above the city.

The next day we plunged in for our first day of shark diving. The banded houndshark action was immediate and intense. For the next three days we watched, photographed and generally enjoyed incredible shark feeds attended by between 200 and 500 sharks.

We did three days of shark diving in Chiba. Each dive was filled with sharks. Some guests watched from the wings while others positioned themselves right in the middle of the frenzy. Not surprisingly, the word Sharknado regularly entered the conversation 🙂 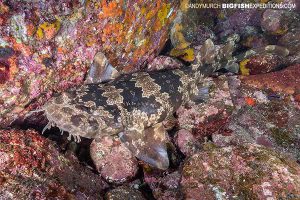 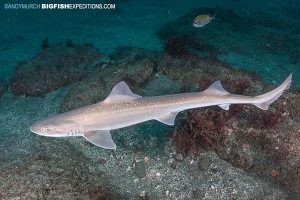 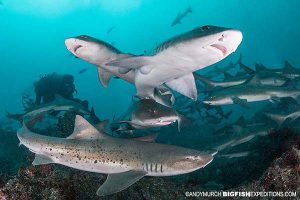 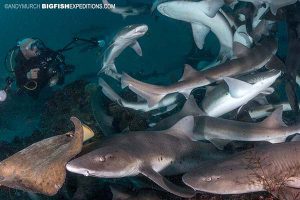 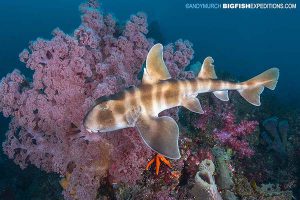 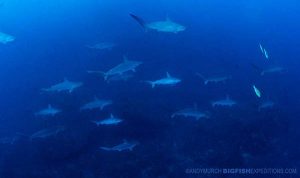 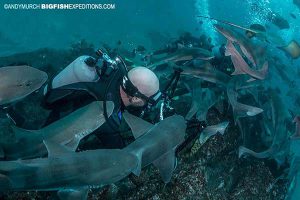 Diving in a sharknadoPhoto © Andy Murch 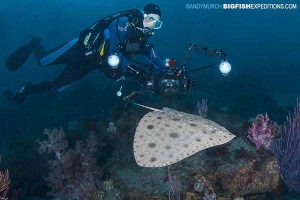 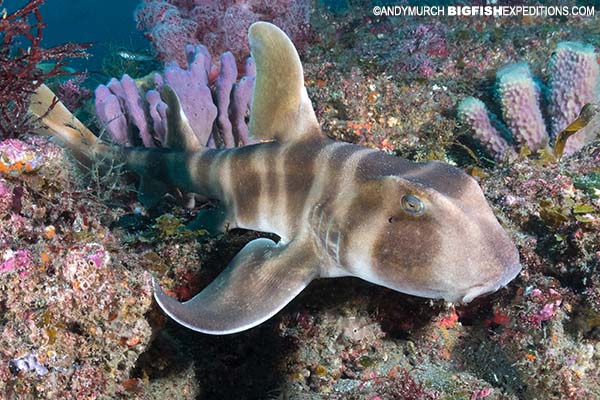 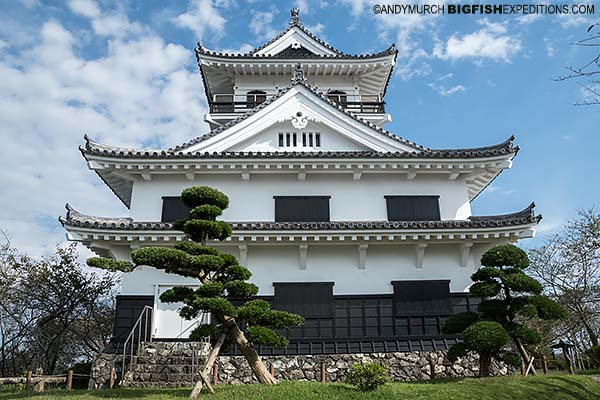 I should mention that the shark feeds were not just attended by sharks. We also encountered hundreds of marauding red stingrays that were more than happy to barrel in and grab the bait whenever the opportunity arose. If you’ve dove at Stingray City in the Cayman Islands, you know how persistent they can be. Fortunately, red stingrays never sting divers at this shark feed but if you leave any skin exposed, you may come home with an embarrassing hicky or two 🙂

Everything works slightly differently in Japan. There, the ocean is essentially owned by the fishermen. They grant permission for the dive shop to operate in their neighborhood. In Chiba, the dive shop has a very good relationship with the fishermen because the shark feeds keep the destructive houndsharks out of the fishermen’s nets.

A few sharks and rays inevitably still get caught and this leads to a novel opportunity. The fishermen leave the sharks and rays in a holding tank so that the dive shop staff can release them during the shark feeds. This gives attending divers a unique opportunity to see and photograph rare species that they wouldn’t otherwise encounter. While we were there, they released three unusual ray species and a seldom seen ‘star-spotted smoothhound shark’. This smoothhound was so uncommon that I couldn’t find any live images of it, anywhere on the internet.

We also stumbled upon a number of other elasmobranchs (sharks and rays) while swimming around the reef. It was great to find a Japanese horn shark and a half buried Japanese butterfly ray that took flight and glided over the reef while we snapped away.

After three days of Japanese shark diving in Chiba we packed up our wet wetsuits and headed to the Izu Peninsula; a veritable playground for Japanese scuba divers. Driving to the southern tip of the peninsula, we dropped our stuff at the hotel and went out in search of a meal – an adventure in itself.

The next morning – in far from perfect conditions – we sailed out to Mikomoto Island; Japan’s version of the Galapagos.

We timed the trip to coincide with scalloped hammerhead season and the hammers did not disappoint. Like many places where scalloped hammers reside, it was not easy to get close to them but we saw some respectable sized schools and came home with the images to prove it.

The next day – our final day in the water – we decided to stop chasing hammerheads and hunt for Japanese wobbegongs on the reef instead. Wobbies are far more common in the southern hemisphere, especially around Australia which boasts ten different species. Perhaps in a time when the seas in Southeast Asia were cooler, some wobbegongs must have migrated north and settled in the Japanese archipelago. After thousands of years of isolation, they have evolved into a unique Japanese species – Orectolobus japonicus.

Although October is officially ‘off season’ for wobbegongs in Japan, our local dive master seemed confident that he could find one for us and sure enough, after just a few minutes, we came across a meter long shape blending into the colorful rocky reef. Having photographed six of its cousin’s down-under, I have been itching to find this species so I was particularly thrilled to finally see one. The guests seemed quite impressed too, except for our two Australian guests that didn’t understand what all the fuss was about 🙂 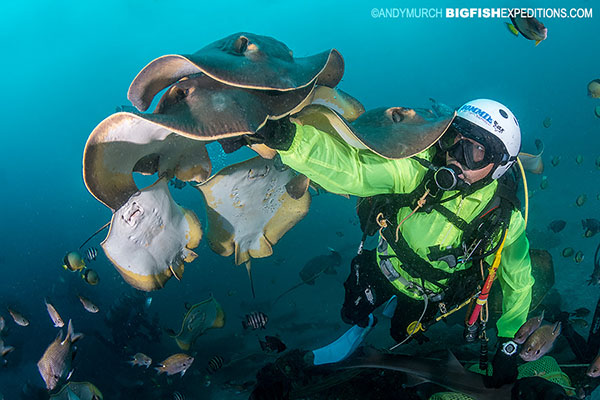 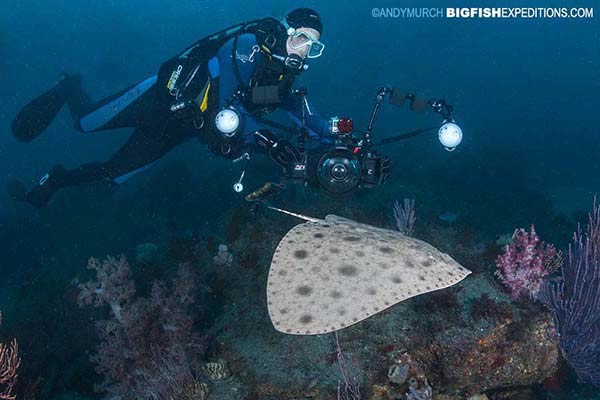 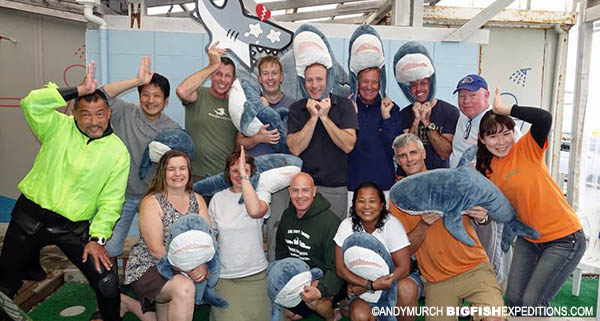 This excellent short film by Bob Pecoraro is a great round-up of the shark and ray species we encountered:

Although it was a slam-dunk, high five, rip-roaring, unparalleled shark diving success, we were left wanting even more. Next year, we will be back and we plan to offer an optional trip extension so that we can chase Japanese angel sharks and enjoy some of Izu’s beautiful protected reefs. It seems that in Japan, no matter where you dive, it is hard to go wrong.

If you like big sharks, small sharks, weird sharks and lots of sharks, you will love this trip! Join us next year: Japan Shark Diving Safari 2018