Our 2020 Paddlefish Expedition in a Nutshell 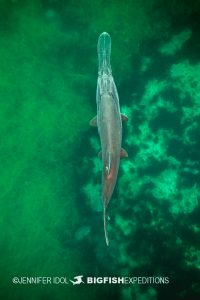 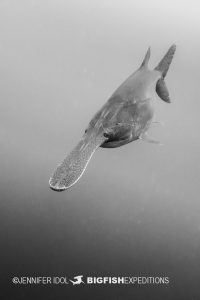 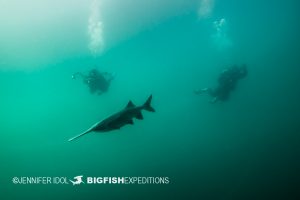 Divers with paddlefishPhoto © Jennifer Idol Divers with Paddlefish in quarry 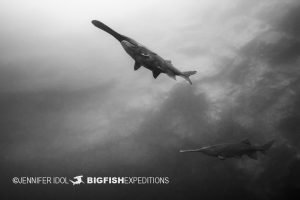 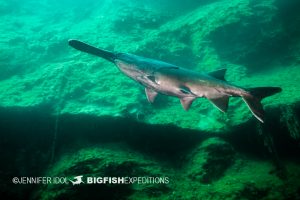 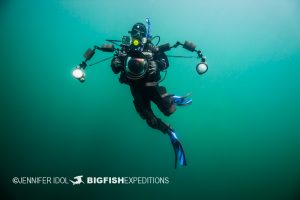 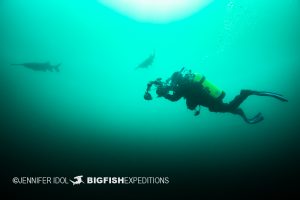 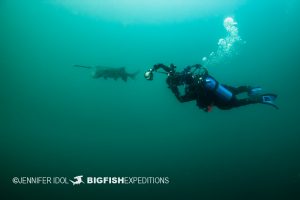 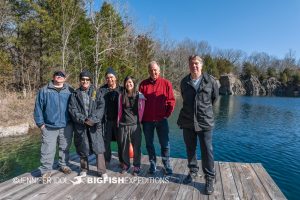 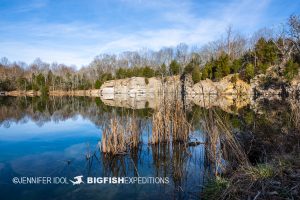 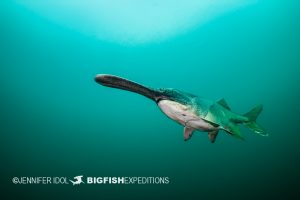 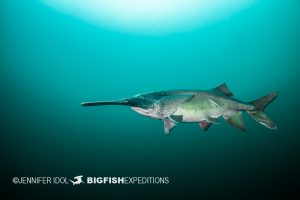 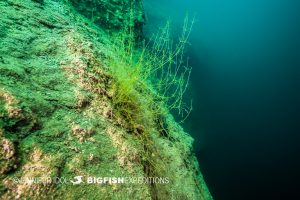 Our first paddlefish trip was a success! We arrived in Nashville, where I picked up the group before we headed to Athens. We started the trip at the Frothy Monkey and then headed east through the foothills. Just outside of Great Smoky Mountains National Park, our quarry awaited us the next morning.

Weather was perfect with sunny skies and low winds. After orienting to the quarry and getting our gear ready, we prepped for the first of two days diving with paddlefish. I shared my knowledge about their behavior and we headed off in their direction. I was thrilled when everyone finished their dives having seen a paddlefish on the first dive. We ambitiously planned for three dives, but felt two dives was sufficient owing to water temperatures and paddlefish behavior by the afternoon.

After our first encounters, we looked forward to another day of diving and to getting different types of footage. 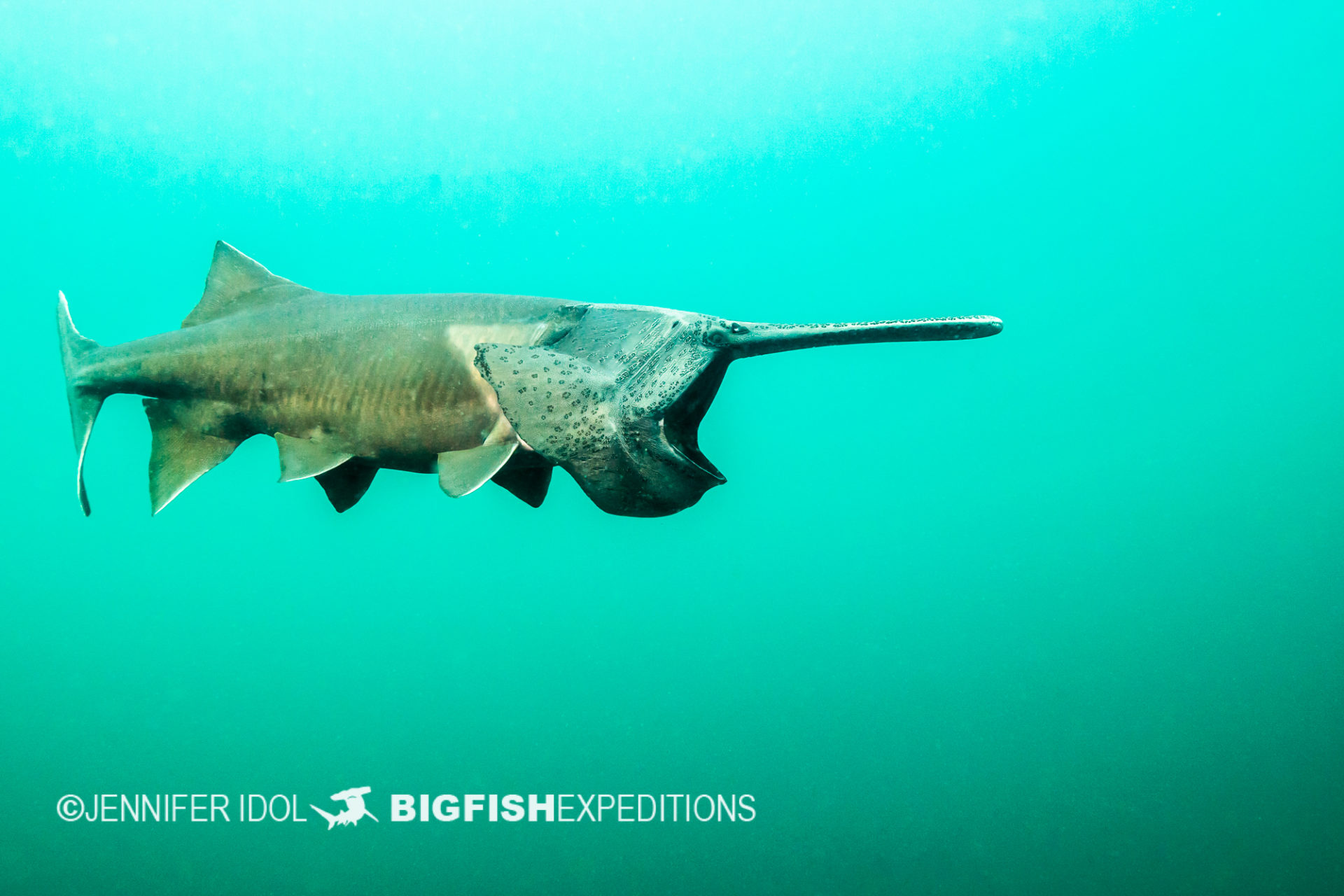 With the recent declaration of extinction for the Chinese paddlefish, these are among the last of their family. Since the early cretaceous, paddlefish have evolved little. They are literally prehistoric and closely related to sturgeon, a fish that dates back to the triassic. As a species, they have declined significantly in population are are listed as vulnerable by the IUCN Red List. Their decline is attributed to pollution, loss of habitat, overfishing, and change of habitat.

They’re ram feeders, and that behavior is the photo or video most desirable to capture. They won’t reproduce without a current or a gravel substrate, so this population is limited to the quarry. They are known to be long living, but their lifespan is not wholly known though guessed to be 30 years or more. It is their rostrum or spoonlike protrusion from their face that makes them so distinct looking. Their scaleless bodies also contribute to a visual appearance similar to sharks.

Cameras prepped, we headed back to the quarry to try our hands again at observing and documenting paddlefish. Everyone’s dive skills were needed to hover and capture their photos. One person finished three dives and nearly everyone else wrapped up in two dives. It was hard to leave our little quarry and the opportunity to see more of these unusual fish.

I was thrilled to finally get photos of paddlefish with people. One of my biggest rushes is seeing people light up when they encounter an animal we’ve helped them see. We saw paddlefish on every dive and I got to see their reactions. That was worth more than anything. 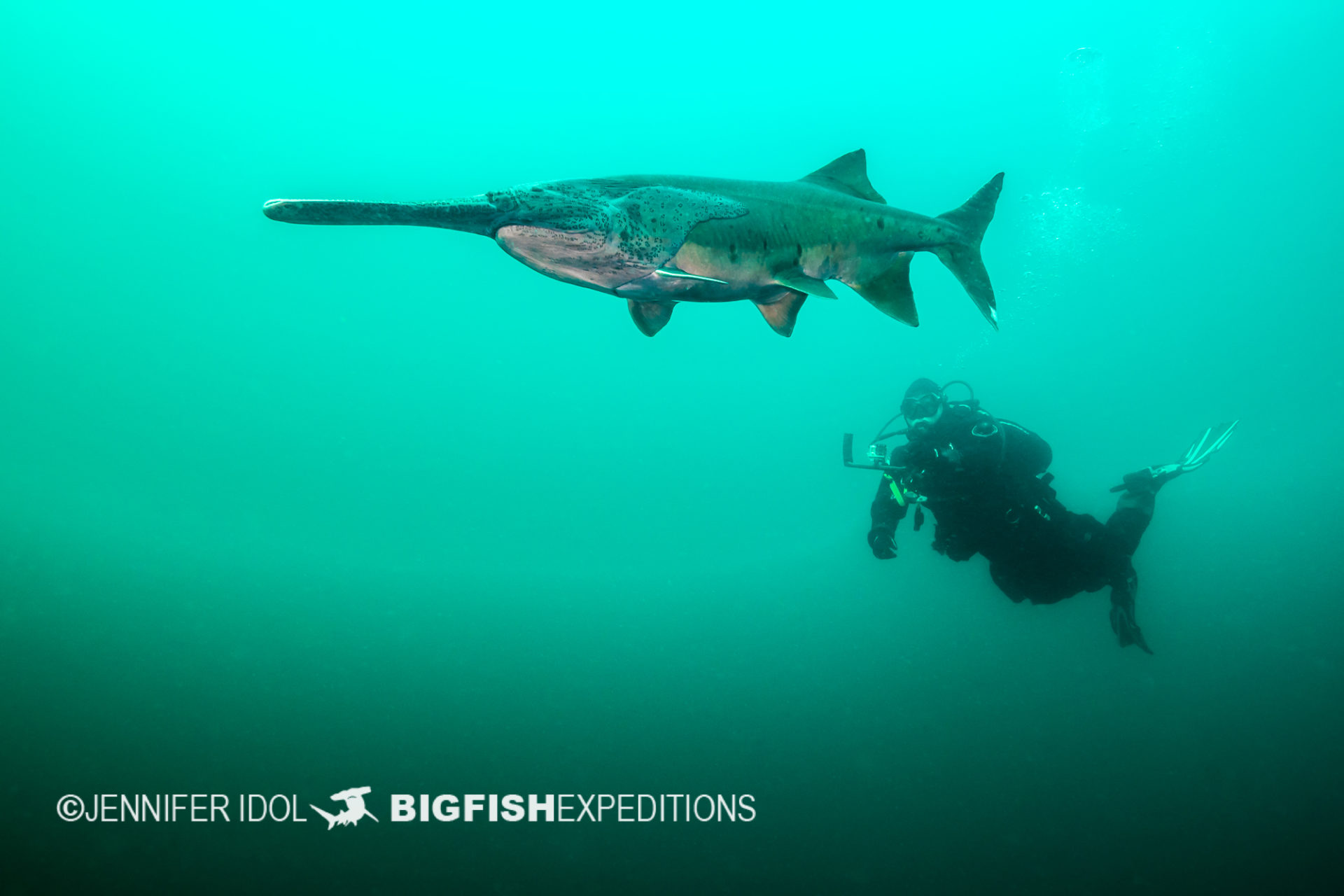 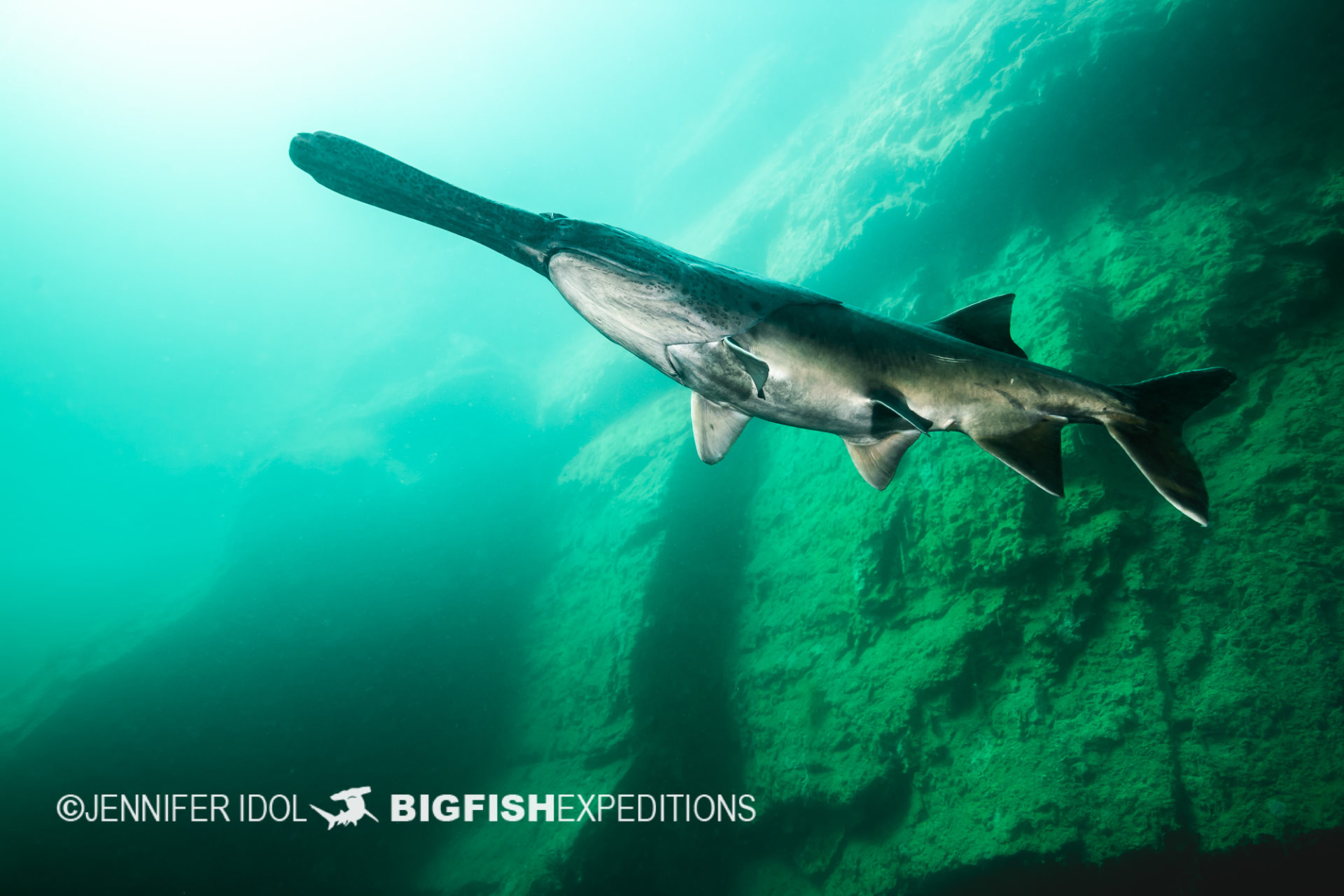 One of the photos that is nice to get in Tennessee is of the paddlefish against a background for context. With this year’s trip complete, including video and photos such as this context, we’re excited to offer the trip again next year. Our biggest feedback was that everyone wanted just one more day to get images. So, next year, we add a day to the trip!

Join us next year for our returning trip March 5-9.