An expedition in the true sense of the word, our first killer whale diving trip to the fiords of Norway was a adventure none of us will ever forget. We met the expedition ship MS Sula in Rorvik on a crisp late January afternoon. The sky was clear but the captain warned us that the tail end of a North Sea hurricane would likely lock us out of the offshore herring grounds for half of the trip. It was tough blow but storms are to be expected at this time of the year. Unperturbed, we prepared our scuba gear for our back up plan of diving in the fiords until the weather improved.

Although the sun never strays higher than 30 degrees above the horizon in the winter months, the days were quite bright and the underwater visibility in the fiords around Rorvik was practically endless.

If you enjoy dramatic wall diving with great invertebrate life, you’ll love Norway! Each dive I descended down to 30-40m and stared into the depths, wondering how far the cliffs continued into the inky abyss. As usual, I was hoping to catch a glimpse of a shark but none appeared (blackmouth catsharks and velvetbelly sharks are usually spotted during the summer) but sizable cod, pollack and other food fish were omnipresent, especially at night. 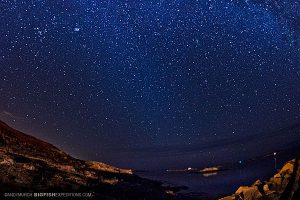 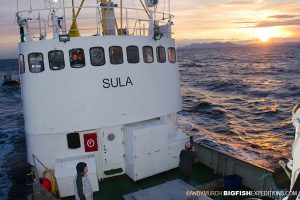 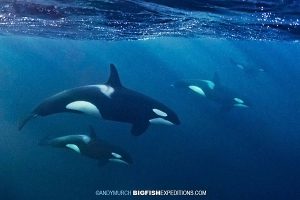 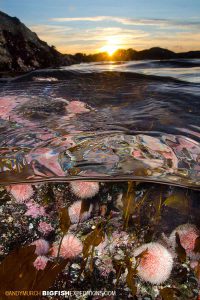 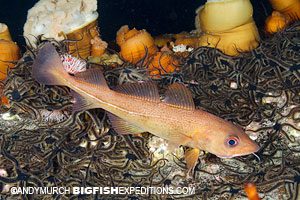 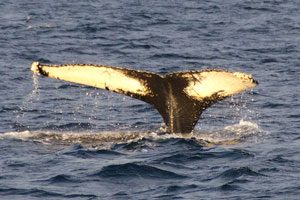 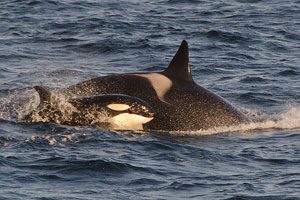 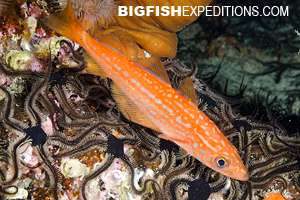 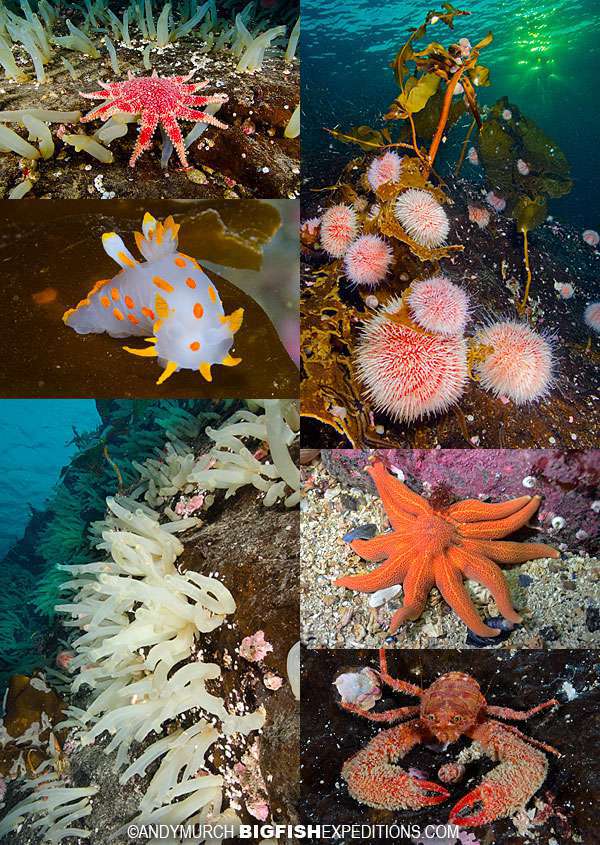 Over three days of ‘waiting’ I managed to shoot all sorts of crazy critters including enormous spikey king crabs, five species of squat lobsters, endless varieties of nudibranchs, sea hares, hermits, brilliantly coloured sea stars, beautiful anemones and urchins growing on sunlit kelp fronds and a whole lot more. Even if you don’t come here to dive with killer whales, I recommend Norway as an amazing non-tropical (aka bloody cold) place to dive.

So it was good diving but it wasn’t our primary goal. Fortunately, by day four the winds started to die down and we spent a day cruising south to get in front of the herring run. The herring migrate south in their hundreds of millions each January. They follow a fairly reliable pattern along the central coast of Norway but the ship stayed in constant communication with the Norwegian herring fishing fleet to pinpoint exactly where the front of the herring train was located. Thousands of killer whales take advantage of this yearly feast and they like to feed at the front of the train.

The next morning it was on! We left the fjords and motored out to engage the first pod of about a dozen killer whales. An enormous male orca with a dorsal fin standing as high as a man sliced through the waves, flanked by smaller (but still huge) mature females closely guarding dolphin sized calves.

We jumped in the chase boat and dove in two small groups to avoid spooking the killers because although they are more than capable of defending themselves, they are also very shy animals. The first group to enter the water lucked out almost immediately when a large female orca closed the gap for a better look.

Footage and stills in the bag, we chased the pod until until they tired of us and suddenly disappeared. As the day was drawing to a close, we returned to the Sula and motored south again to be ready for the next day’s encounters.

That night we made landfall just north of Kristiansund and went ashore to shoot landscapes filled with stars.

The next morning (our last day of the trip) dawned clear and relatively warm. By the time the sun rose we were out among the herring boats shooting topside images of orcas feeding cooperatively with humpback whales. First the killer whales would drive the herring to the surface. Then they would peel off when a humpback rolled through the bait ball; its tail clear of the water as it dove down again with a mouthful of fish. It was a spectacular sight that I found difficult to capture succinctly on film but I have it etched indelibly in my mind. 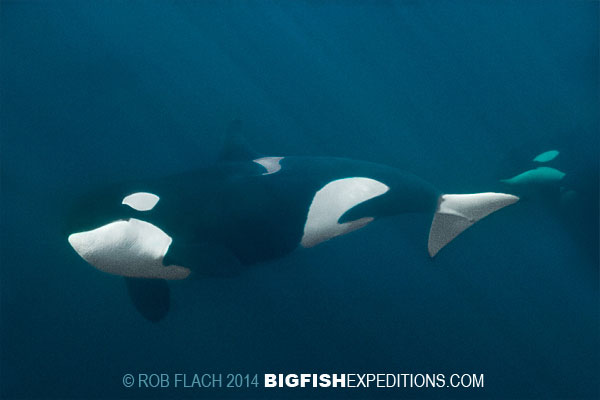 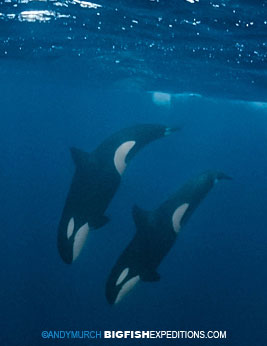 Once the sun was high enough for underwater photography, we geared up and leapt into the chase boat again. The rest of the day we spent chasing the pod. It wasn’t easy to get close passes underwater but we persevered and we had a few encounters that yielded great results as this image clearly shows:

Tired and cold but with our minds full of killer whales, we caught up with Sula in Kristiansund and prepared to head home. It was an unforgettable adventure. I hope that we can share our next killer whale encounters with you!

Next year we will return to the crystal clear fiords of Norway to dive and interact with killer whales. Nowhere else in the world can you enter the water with these amazing animals. This is a serious adventure for experienced scuba divers and free divers.

If you are up for the challenge, join us next year. You’ll never forget this trip!