Our 2019 Humpback Whale Snorkeling Expedition in a Nutshell

This was our second year at Silver Bank. Our first visit was an epic adventure that delivered world class encounters all week long but this trip turned out to be more challenging. This year our trip was earlier in the season, sometimes that is the best time to visit the Silver Bank but I suspect that the most rewarding encounters occur a bit later when the whales have been at the reef for a while and have settled into a routine and gotten used to the three liveaboards that have permits to snorkel with them.

Regardless of the whales being a little skittish, we still enjoyed some excellent encounters (both snorkeling and topside), especially towards the end of the trip. 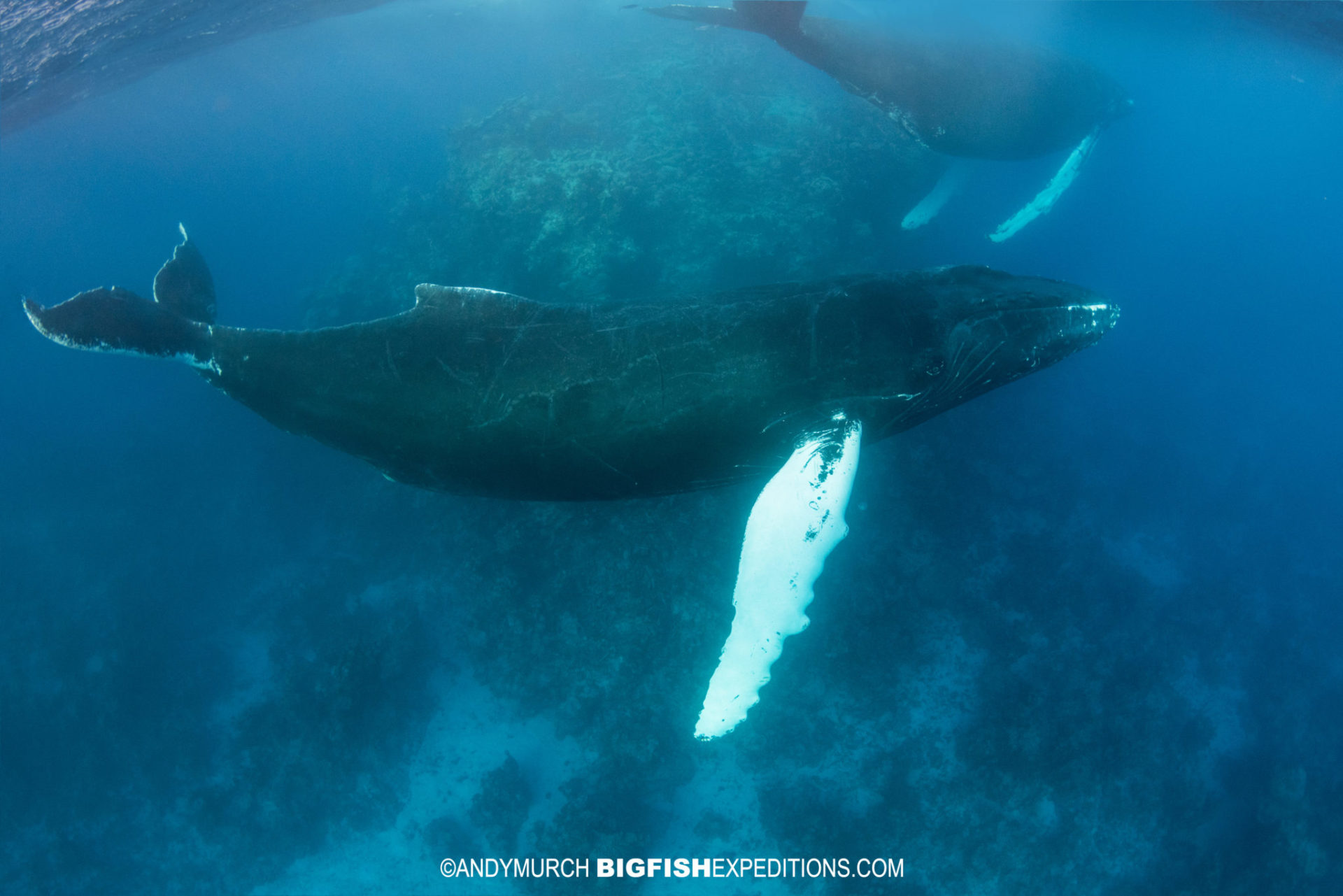 Humpbacks spend their fall along the USA Eastern Seaboard.  Over the winter they make their way down to the Caribbean and seek out mates, and safe resting places for their newborn calves. Silver Banks is an ideal spot because it is a shallow reef far from the mainland. Because there are not that many fish on the reef, there are few predators so the whales are able nurse their offspring in peace.

This is one of the many curious calves that they either travel south with or give birth to once they reach the bank. This particular calf decided to hang around with us while its mother rested on the seafloor below. 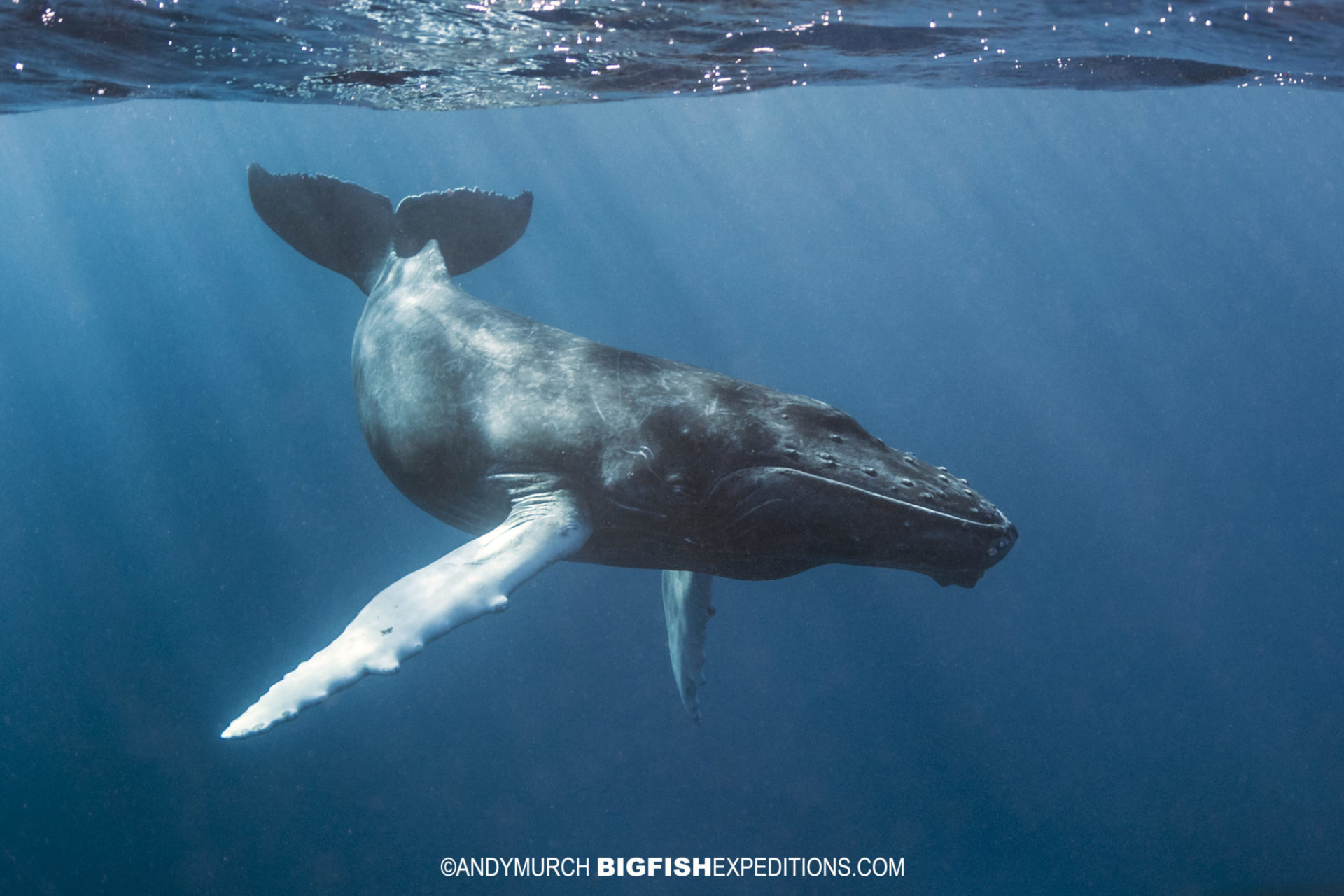 Early in the week, in-water encounters were limited. The rules at SB are strict. If a whale is on its merry way somewhere, the chase boats will not try to get in front of it or corral it into a position where the snorkelers can leap in. Silver Bank promotes responsible, soft encounters that in no way stress the whales. This means you might not have quite as much time in the water as you would at Tonga but the whales are able to go about their business i.e. resting, birthing, courting and mating, without humans stressing them into swimming away. This we feel, is the best way to encounter such gentle giants in their own realm. 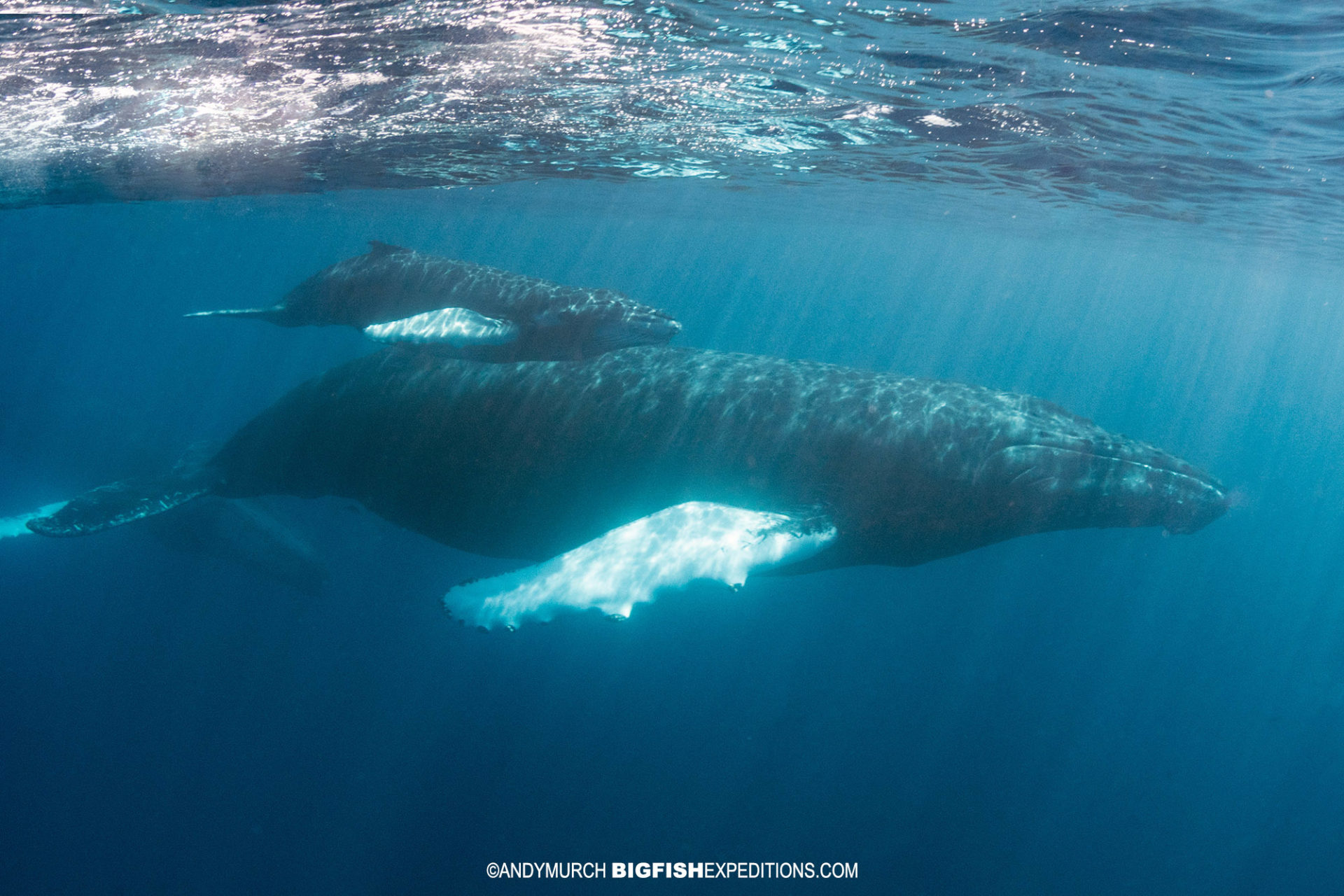 Whales right under the dingy

This is not to say that we didn’t have our fair share of whales. Everyday I returned to the mothership with underwater images of humpbacks. Some were shot while snorkelling and others were shot by hand-camming over the side of the dingy. The whales would approach our boats very closely; sometimes swimming right underneath us and surfacing on the far side. You could feel the turbulence as the whales swept by. 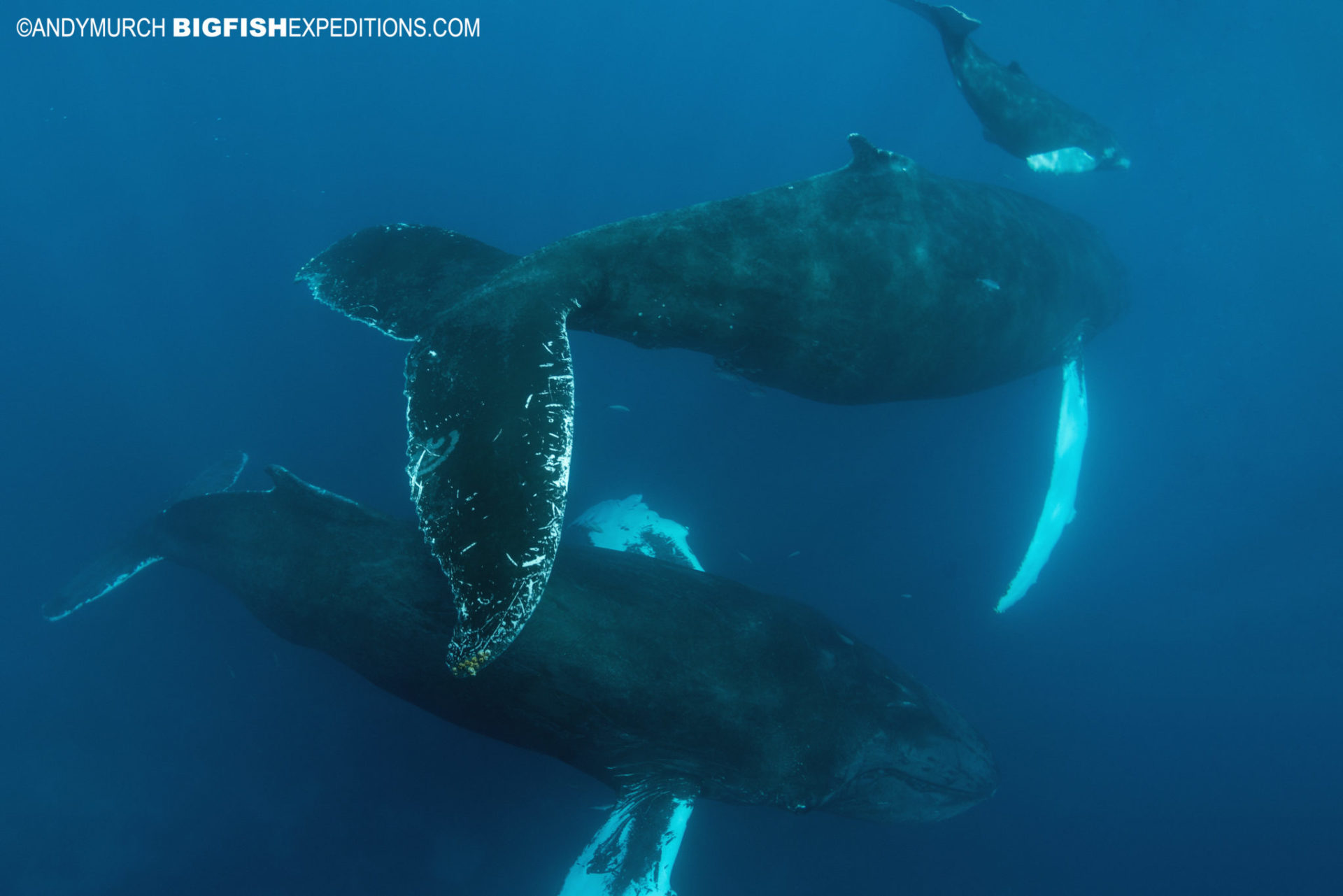 While looking for whales to snorkel with, there was plenty to see on the surface. Whales breached constantly around the bank and every hour or so we would be treated to displays of bravado as whales tail-lobbed, or slapped their pectoral fins.

No one is exactly sure why they do this but there are a couple of reasonable theories. I could be that they simply have an itch and are trying to dislodge parasites. perhaps more likely, they are showing their strength and dominance by creating loud slapping noises that travel great distances. This serves to scare off inferior males and possibly attract female whales that are ready to mate. 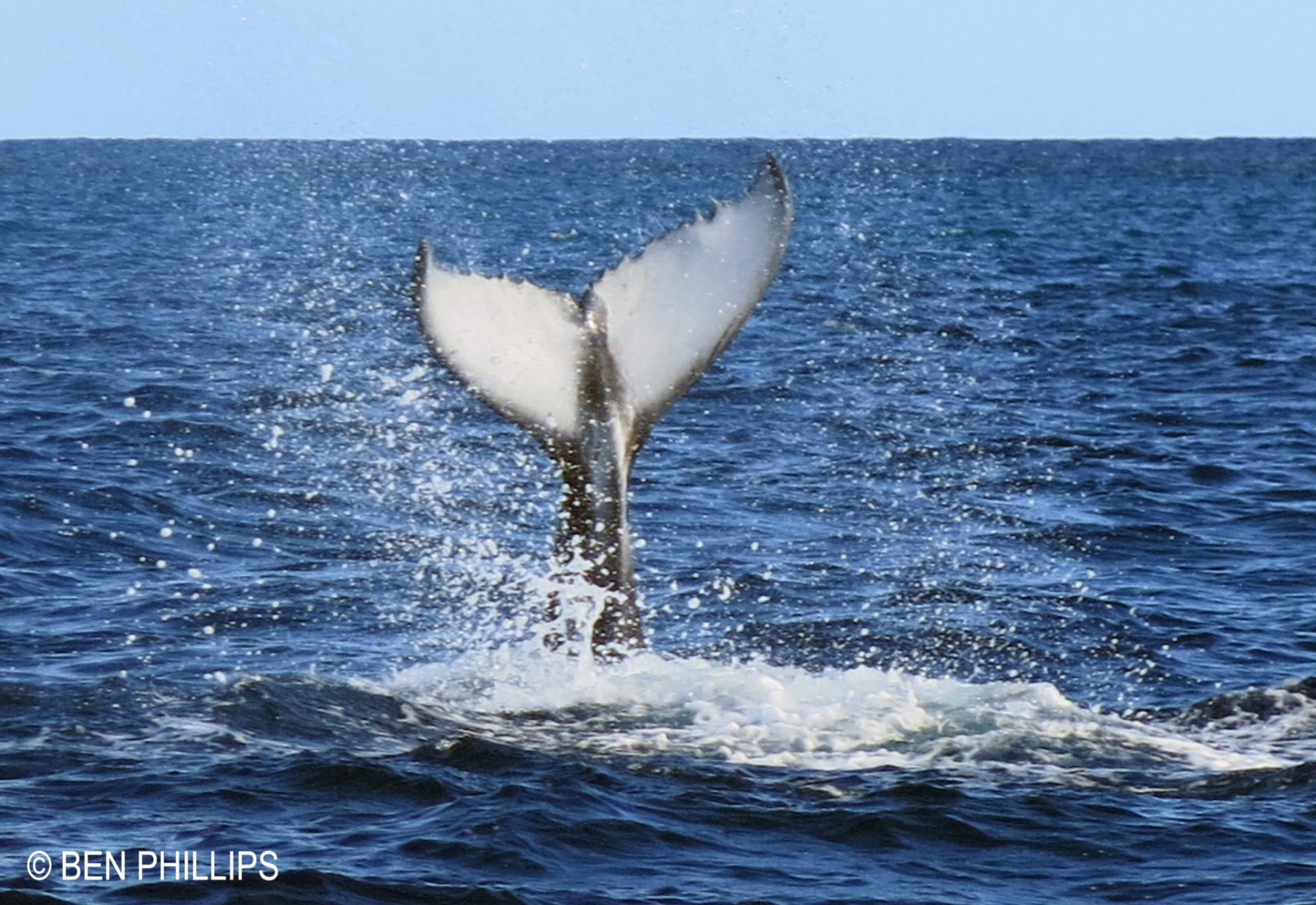 This year, I noticed that most of the moms with calves had escorts with them and many also had challengers. An escort is an adult male(?) humpback that travels with a female probably to offer protection to her and her calf.

The escort may have an ulterior motive i.e. he may be waiting for a chance to mate once the mother humpback becomes receptive. After giving birth, female humpbacks are capable of mating after just two days but that doesn’t mean that they always mate immediately.

On numerous occasions, we found a mother and baby humpback swimming with an escort while a second male suitor harassed the family unit. I assume that the challenger is hoping to scare off the escort, creating an opening for himself. You would think that a gentle species like the humpback whale would not respond well to this kind of machismo but if it wasn’t a strategy that worked, I guess they would stop doing it. 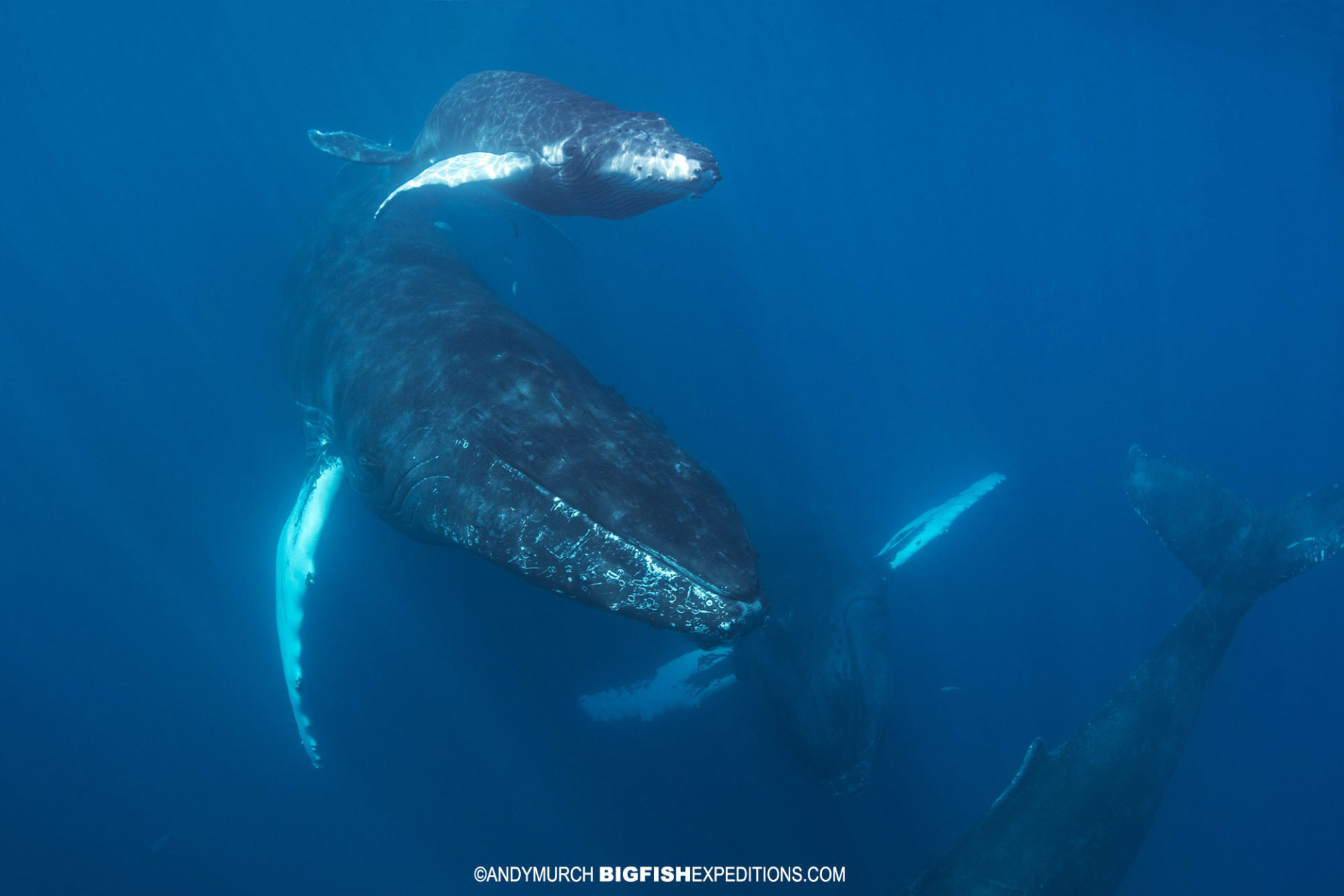 By the end of the week we had all enjoyed some good in-water encounters and amazing topside whale encounters to keep us entertained between snorkeling opportunities. We had all been so close to whales that we were covered in greasy ‘whale blow’ and we had learned a great deal about humpback whale behavior.
A few times during the week we enjoyed presentations from Captain Amanda Smith who has become an expert on the subject of Humpbacks over the 14yrs she has been on the vessel. 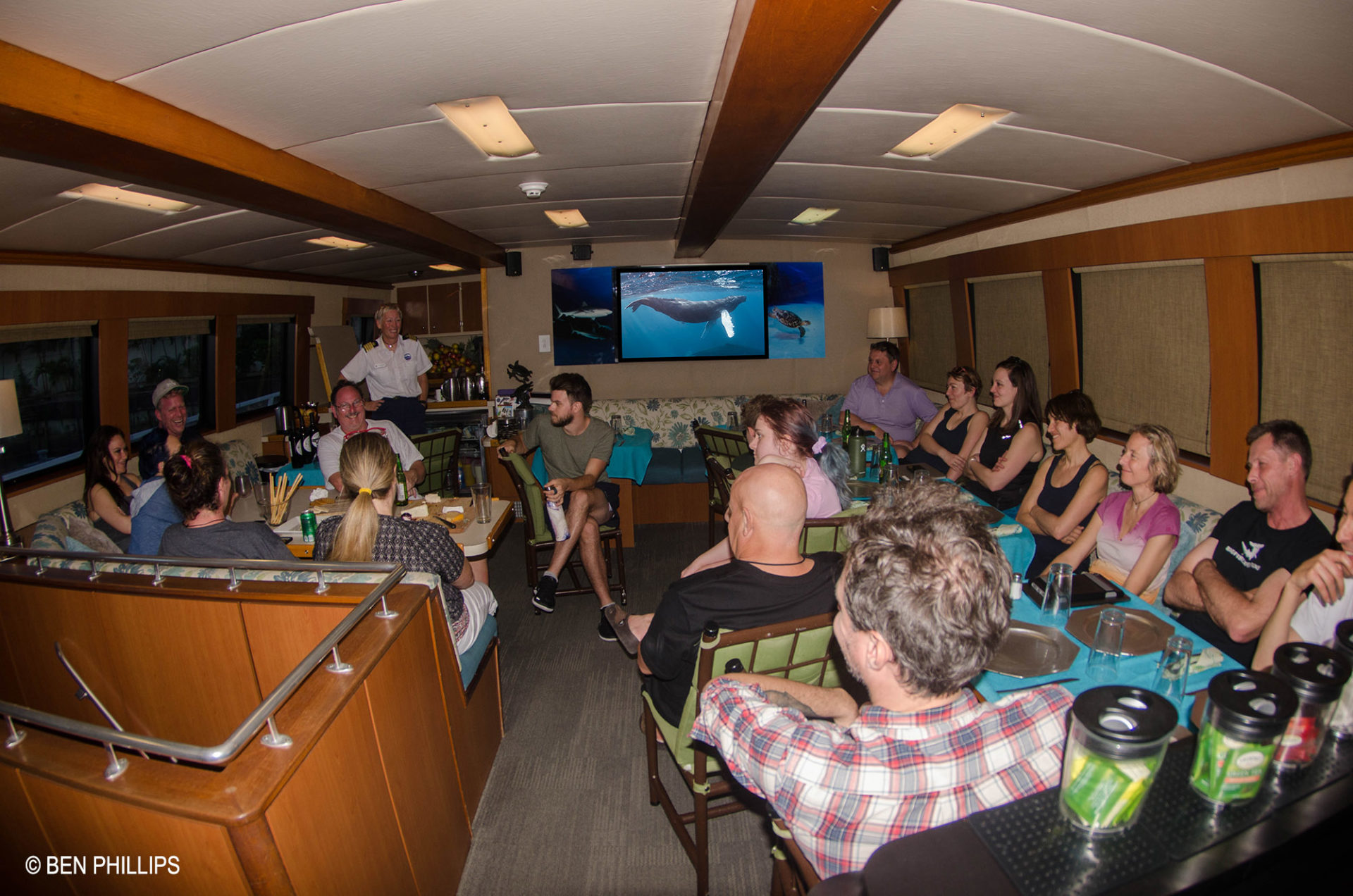 Join us for a week of Humpback Whales in February 2020

After a fun trip, we made our way back to Puerto Plata in the Dominican Republic and prepared for the journey home. It was a great trip with a wonderful group of whale crazy friends. Next year we will be back in the Silver Bank for more encounters with humpbacks. Our 2020 trip is scheduled for February 22-29; a month later than this year’s trip so I expect the whales will be a lot more settled and much easier to approach. 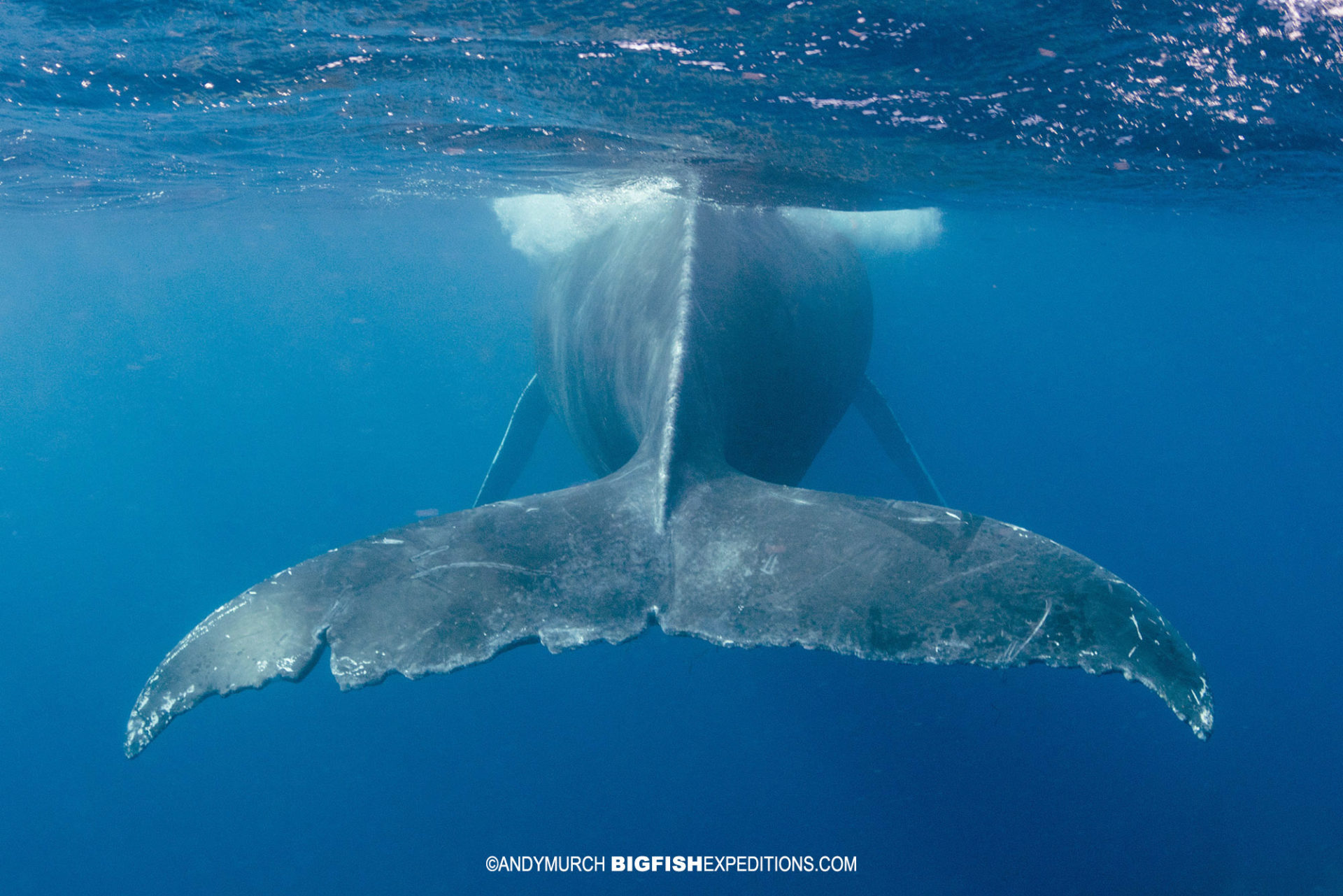