IN A NUTSHELL: Another GREAT Hammerhead season

If you read our yearly Great Hammerhead trip reports one after the other, they all start to sound the same: amazing great hammerhead encounters, mostly good weather, great viz and fun groups of happy shark divers. This year was not exception. The hammers were plentiful, consistent and close enough to see serrations on their teeth. What more can you ask for!

This year on our best days we had nine confirmed great hammerheads in attendance. We know this because we brought along Vital from Bimini Shark Lab; a Swiss shark researcher working on a database of Bimini’s hammerheads to see which ones are showing up consistently, which sharks show up randomly and which come in for a quick look and are never seen again. I am usually so focused on taking images of the sharks that I have trouble figuring out which one is which so it was a nice twist to get a report at the end of each day with a list of sharks in attendance and a grand total for the trip. 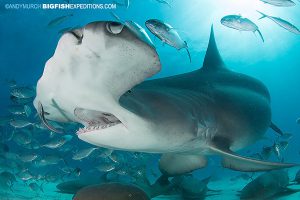 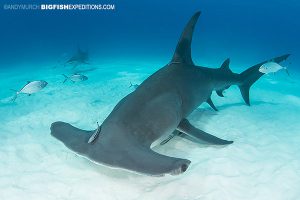 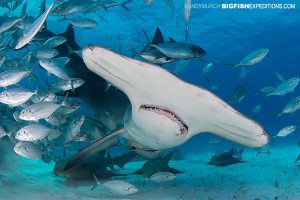 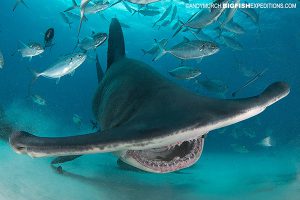 Diving with great hammerhead sharks in the BahamasPhoto © Andy Murch 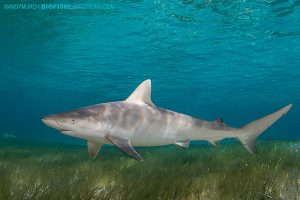 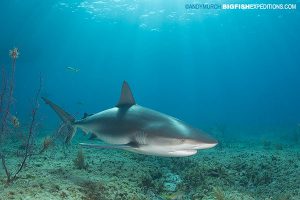 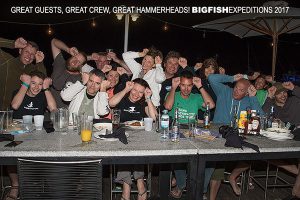 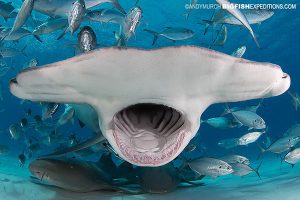 Diving with great hammerhead sharks in the BahamasDiving with Great Hammerheads 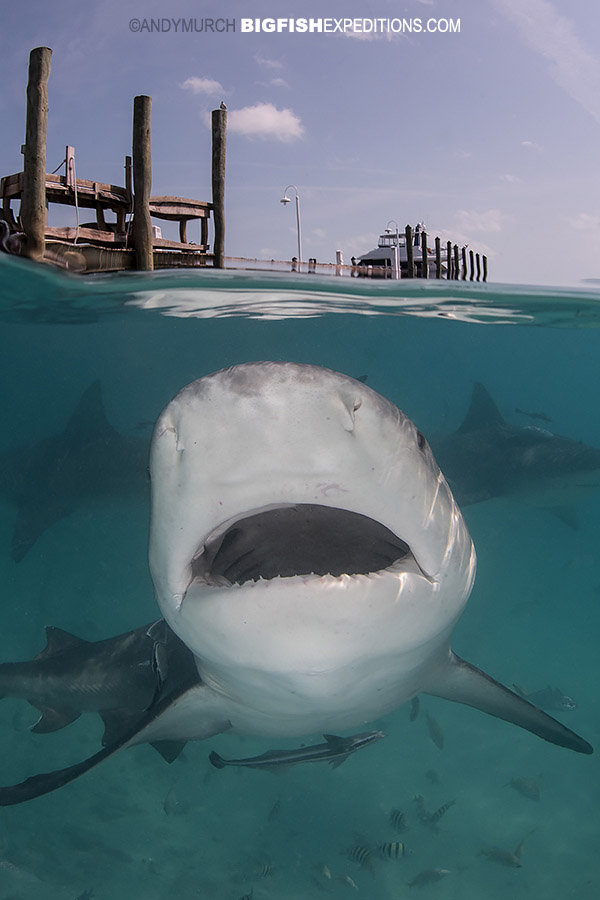 As often happens in the winter months in the Bahamas, we lost one day each week to storms but everyone still had a very sharky week. Unfortunately, there was one incident that soured an otherwise excelent two weeks of shark diving. Our first week’s guests got to see six species of sharks during the week but the second group only saw five. The sad and frustrating reason for this was a Bahamian guy that fished up a bull shark near Bimini Big Game Club (where we were staying) and clubbed it to death on the beach to the horror and criticism of everyone watching. He was unapologetic and said he’d be back tomorrow to kill another one. As sharks often do when one of them is killed, the bulls immediately fled and have yet to return. No doubt they’ll be back but in the short term, the divers and sport fishermen that visit the marina in the evenings to watch the sharks circling, were disappointed.

Although it is illegal to fish for sharks in the Bahamas, the law is rarely enforced. After we posted about the incident on social media, there was enough of a public outcry for the police to mount an investigation. Looks like he wasn’t from Bimini but hopefully they’ll catch up with him and prosecute.

As well as diving with great hammerheads and bull sharks, we also visited Gun Cay; a great spot for smaller sharks including lots of tiny blacknose Sharks. There were also one or two blacktip sharks that showed up to join the feed; a species that is usually very shy around divers.

Gun Cay is also a great place to play with southern stingrays. During this feed, the dive master generally hands out squid so that the divers can feed the rays themselves. However, getting the shot is not that easy when you’re being smothered by a large, hungry, flapping ray 🙂

The day we visited Gun Cay we also went to Triangle Rocks to dive with Caribbean reef sharks. It’s interesting how each species has their own patch of reef that the other sharks avoid. How territory is established is unclear but its fascinating go from one spot to the next, ticking off each species along the way. Weirdly, we never see tigers or lemons at the hammerhead spot but they constantly swim in and out of the mangroves just a stone’s throw away. 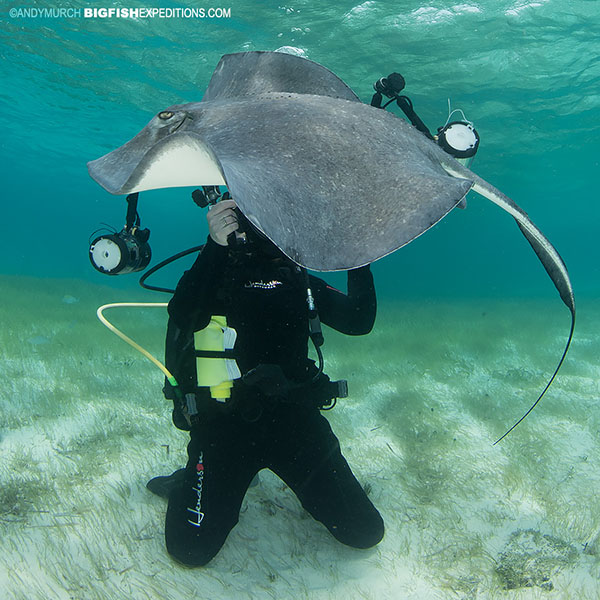 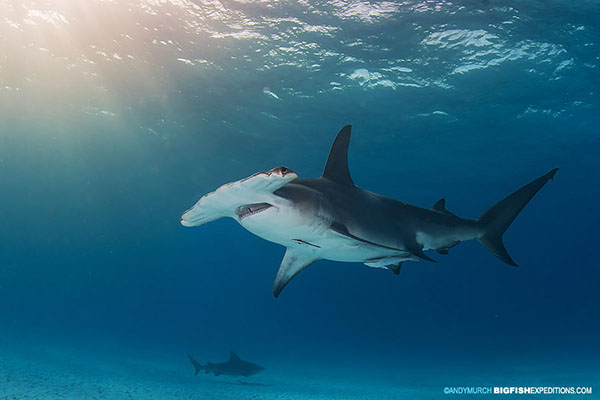 After diving at both these sharky dive sites we still made time to zip back to our favorite hammer spot and finish the day in style. After all, great hammerheads are still the main event in Bimini.

And so ends another great year but of course we’ll be back 🙂 Join us in February 2018: Dive with Great Hammerheads

Join us next spring for our 2018 Great Hammerhead Adventure