This was our first trip to dive with salmon sharks in Prince William Sound, Alaska. Although everyone was aware that it was an experimental trip, I was extremely concerned that we might get skunked. When we arrived and immediately saw our first salmon shark circling in front of the dock of Ravencroft Lodge, I was vastly reassured!

On our first day in the water, we found scores of salmon sharks swimming in circles on the surface at a spot we nicknamed Shark Alley. This is a behavior that I have never witnessed before in other shark species. Its a very good thing that salmon sharks make themselves known this way because they do not respond to chumming so they would be impossible to spot if they didn’t swim at the surface.

Initially we tried quietly swimming up to the sharks as they circled. It was very difficult to get close to them this way but we did get a few shots and some video.

Next we tried throwing herring near the sharks from the bow of our boat. If we threw the fish too close they would bolt but if we aimed on the opposite side of their circle the sharks would either ignore the fish or catch it on their next pass. 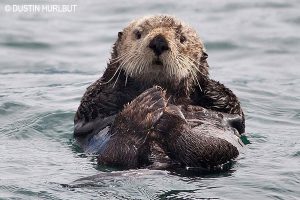 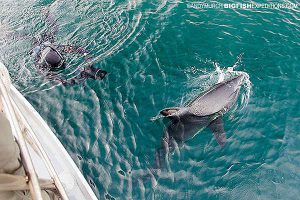 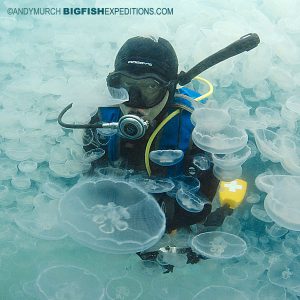 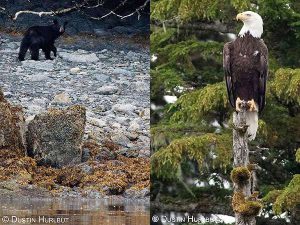 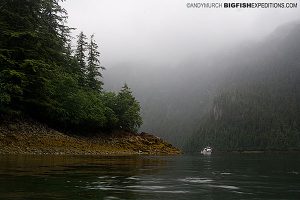 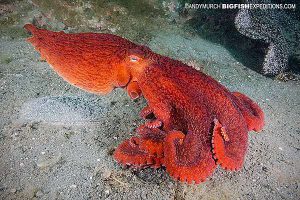 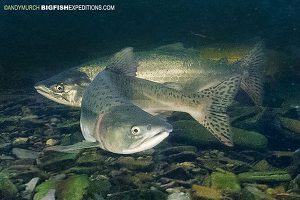 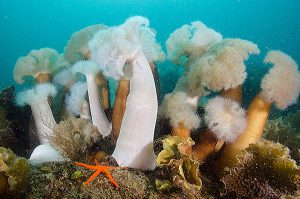 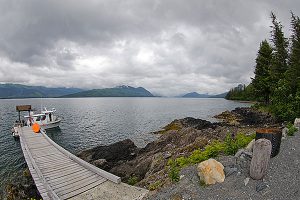 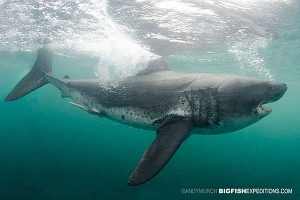 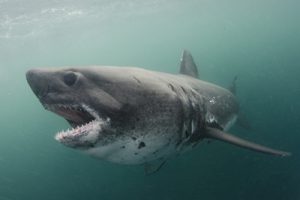 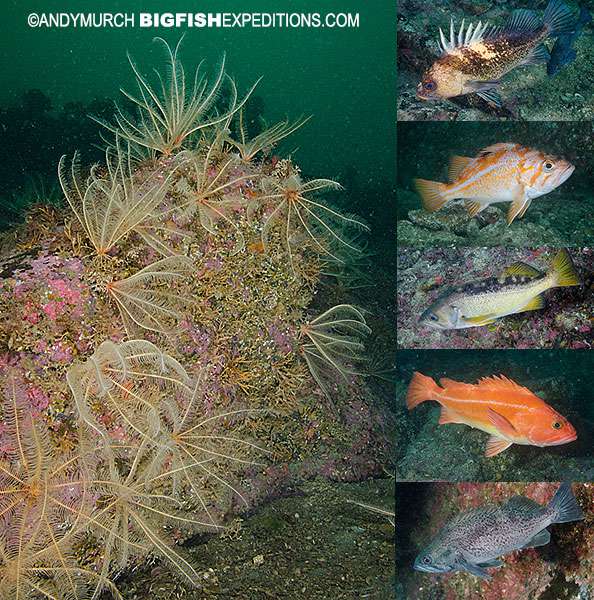 Once we had a shark interested, we started tying fish to fishing lines with no hooks and leading the sharks to the boat before letting them grab the herring. That worked really well and we managed to get some great images!

We tried diving at Shark Alley to see if we could spot salmon sharks underwater but we didn’t see any while on scuba. Although they look menacing, they are extremely timid animals that are probably frightened by the noise of the bubbles.

Between salmon shark hunts, we explored many new dive spots around Prince William Sound. It was very exciting to slip underwater in spots that few if any people have dove in before. Most of the sites consisted of kelp covered slopes that gave way to vertical rock walls that dropped far beyond our diving limits. On the slopes we found the usual suspects you would expect to find on any other dive site in the Pacific Northwest including nudibranchs large and small, crabs, rockfish and some of the friendliest Giant Pacific Octopuses that I’ve come across.

Many of the deeper reefs were completely covered in northern feather stars and where the slopes gave way to walls there were clouds of redstripe rockfish and many more rockfish species lurking under overhangs and in rocky crevices.

We also tried swimming into some of the river mouths to photograph spawning pink and chum salmon. It was a small salmon run this year so it was a bit tricky to get close to the few salmon that were swimming around. We developed a strategy of swimming in a line upriver to corral the fish into a smaller area and that way we managed to get some images of these beautiful fishes.

As for topside wildlife, there were bald eagles roosting in the trees by the shore and a few bears that generally ducked for cover if we got too close – I had no idea how shy they are. Sea otters were all over the place; some on their own and some forming family rafts. 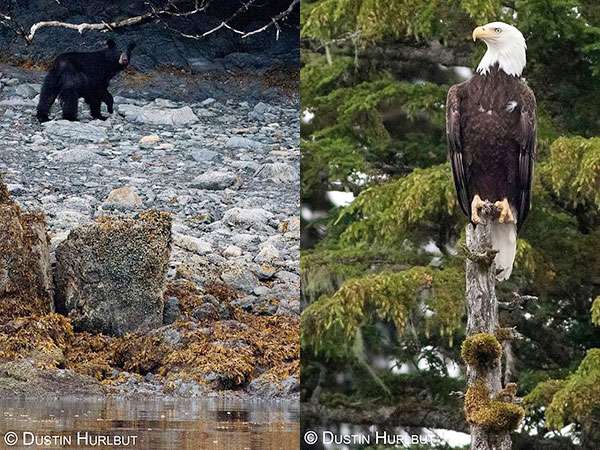 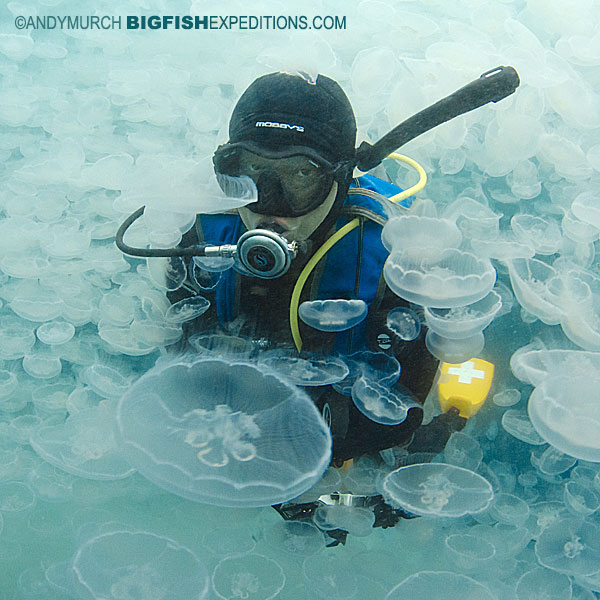 The most unusual encounter of the trip was when we stumbled upon an enormous bloom of moon jellies perhaps 100,000 strong. Of course we jumped in for a closer look. It was like swimming through Palau’s jellyfish lake but with drysuits on 🙂

We ran two back to back trips for the salmon sharks but on second week the sharks mysteriously disappeared other than a few fleeting glimpses on the surface. The diving was actually better on week two but it drove home how lucky we were to get the pics that we did on week one. Its likely that the slow salmon run played a part in their early disappearance this year. Hopefully next year they’ll be back!

All in all, it was a great trip so we’re going back again next year. Join us in Prince William Sound, Alaska for the 2015 Salmon Shark Expedition

Here is a great video with some of the best action from our trip: