Our 2018 Japanese Giant Salamander trip in a Nutshell

This year we enjoyed the best snorkeling conditions we have seen of any of our salamander trips. There were also plenty of salamanders to go around, from 1m+ giants to a tiny 15cm juvenile.

As always, we met up in Tokyo and took the bullet train to Gifu. for some of our guests it was the first time they had ridden a 200mph train so it was a fun start.
We stayed in Gifu Hashima for the night and then drove up to the Gifu Mountains with our guide. As soon as we got to the right river, the search for salamanders was on!

Camouflaged Salamanders and the best visibility I have seen in Gifu!

Considering that a super-typhoon swept through the mountains just a few days earlier, the visibility was impressive!

We scoured the river and found a few salamanders laying in wait under dark rocky overhangs. Were it not for their white toes, it would be difficult to tell them apart from the rounded rocks. 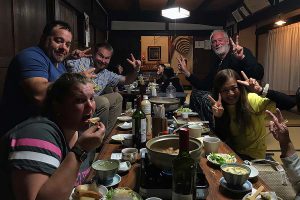 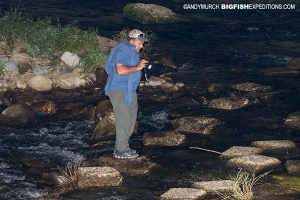 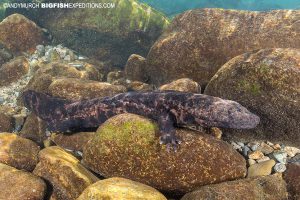 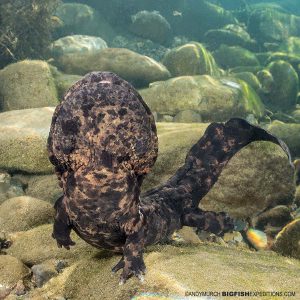 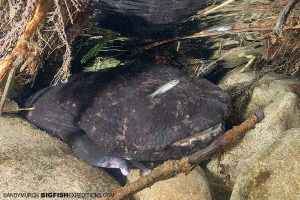 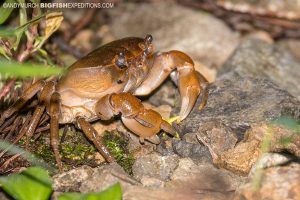 Crab in the forest in Gifu.Photo © Andy Murch 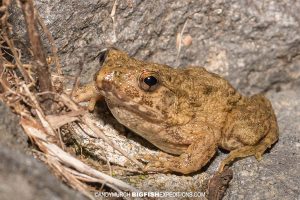 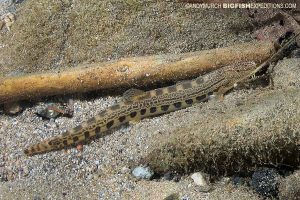 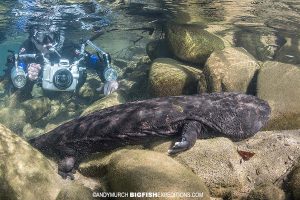 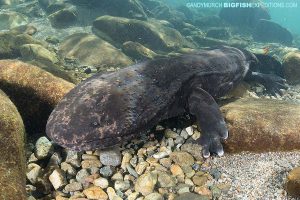 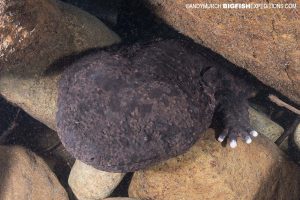 After waiting for a long time, while salamanders pretended to be rocks, one finally swum out into the open. Another soon followed and before long we split up and each of us followed a different animal as it came up for air or searched the seafloor for fishes and a new hiding spot.

Some guests just enjoyed the encounter while others took hundreds of images of the giants as they moved around the river bed.

It is not easy following a fast swimming salamander over slippery rocks in water that is almost too shallow to snorkel in. Sometimes one would swim towards the very shallowest point and then disappear downstream over some small rapids. At that point we would simply trudge back upstream until we located a new animal that was sitting still or at least swimming in a more convenient area.

As well as salamanders, there were plenty of other critters in the river including turtles, carp, lots of gobies and some interesting little fishes that I didn’t recognize.

After a great first day of snorkeling, we retired to a traditional Japanese style hotel that we always stay at in the Gifu Mountains.

In this hotel, the bedrooms have bed rolls and tatami mats instead of western style beds. Its a little uncomfortable for westerners that are used to soft mattresses but its all part of the cultural experience. The other part is the traditional Japanese feast that the hotel serves for us. There are relatively normal rice and noodle dishes and some things that are a bit more strange. For example, one year they served a tiny dish on a leaf shaped into a boat. I thought the contents was wild rice but it turned out to be a teaspoons worth of tiny bees! No bees this year but some of the dishes were still a bit … unusual.

After the meal we returned to the river to look for salamanders but just for topside images. They were hard to locate in the darkness but we did eventually see one near where we had snorkeled with them earlier.

While we searched in the darkness, I found a Japanese Wrinkled Frog along the river bank; a new species for my amphibian collection.

Back to the River

The next morning we returned to the river for more salamanders. While the guests were enjoying the largest amphibians in the world, I went for a hike up the mountain side. Gifu is a beautiful spot.

There weren’t many critters in the forest except for a few birds and some interesting land crabs. 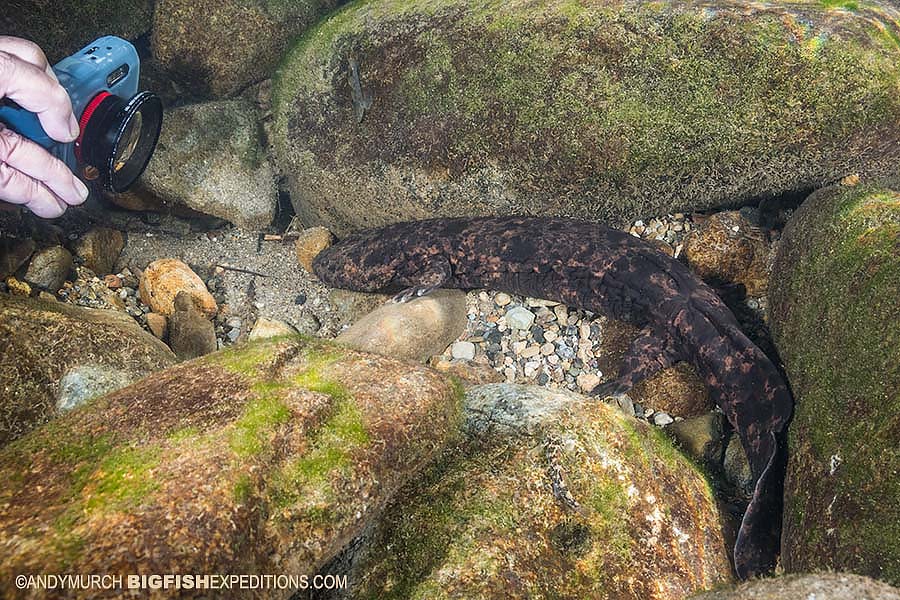 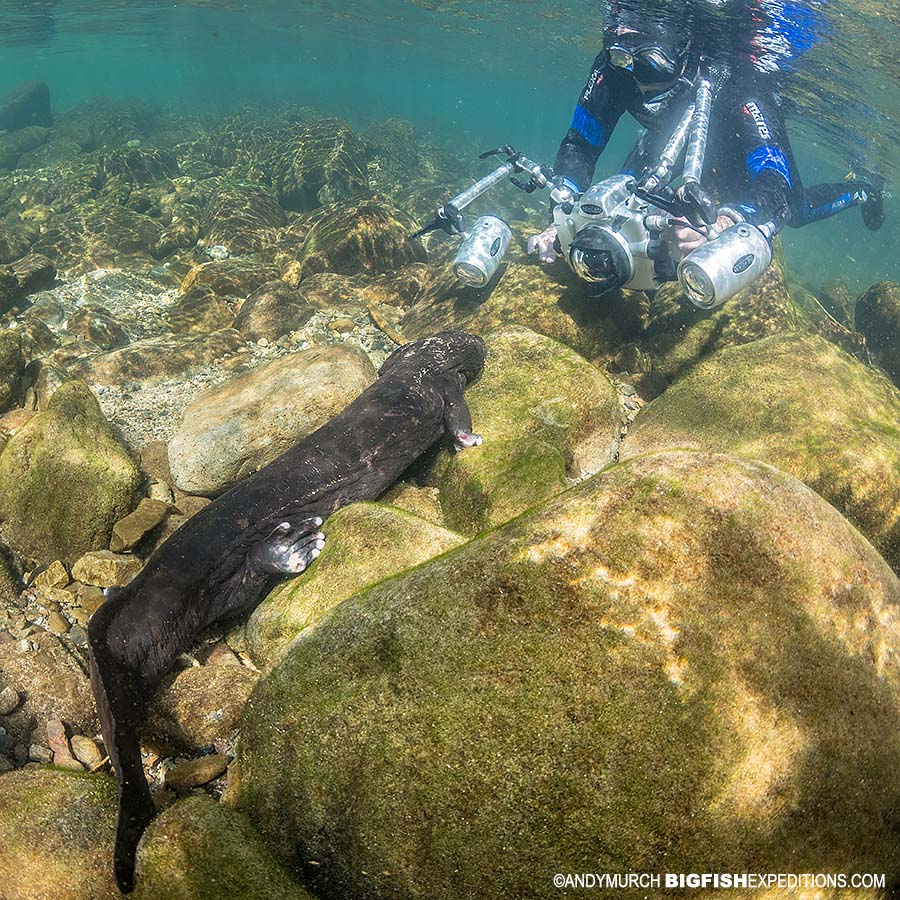 When I hiked back down to the snorkeling spot, our guide showed me a tiny (by giant salamander standards) 15cm long juvenile. I assumed it was the young of the year but he assured me that it was probably around 5yrs old; quite the slow growing dinosaur!

Join us Next Year

By mid-afternoon, everyone had seen their share of giant salamanders and it was time to head back to Tokyo. After a final group shot, we retraced our steps and finished the trip with dinner in Tokyo.

It was a short trip. Too short to fly all the way to Japan for, but if you are on a longer cultural trip or if you’ve joined our Japanese Shak Safari (a great trip that runs back to back with this one) then I definitely recommend coming to see the salamanders. Its a unique experience that you can’t do anywhere else!